Two of Filmmaker’s “25 New Faces” have excellent movies opening today that are worthy of your first weekend patronage. From Tariq Tapa, who made our list in 2008, is Zero Bridge. Here’s what I wrote about him back then: 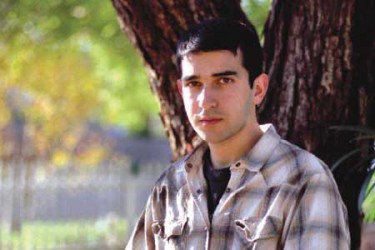 “Everything I used to make this movie, from soup to nuts, fit in one little backpack,” says Tariq Tapa, whose Zero Bridge, a neorealist tale of unexpected friendship and moral complication set in the Indian-occupied city of Srinagar, Kashmir, is set to explode on the festival circuit this year. Tapa, who not only directed this first feature but shot, edited and recorded sound for it, says he wish he‘d had one extra crew member, but “financial and logistically, it wasn‘t possible. Also, I didn‘t know what would come up in [Kashmir], and I didn‘t want anything to happen [to the crew member] and have it on my conscience.”

Tapa was born in New York City to a Kashmiri Muslim father and American Jewish mother. “I spent every summer and extended vacations [in Kashmir] with my father‘s side of the family,” he says. “But when the war began in ‘89, I didn‘t see them in a decade. When I went back in 2002, my cousins and I had grown apart. I thought it would be interesting to make a movie because no one knows about daily life in Kashmir, and it was also a way for me to reconnect with my family and heritage.”

The L.A.-based Tapa, who graduated from CalArts and whose short films have screened at the Centre Pompidou and the Museum of Modern Art, received a Fulbright Scholarship to travel to Kashmir and make Zero Bridge. The film tells the story of a teenage pickpocket, Dilawar, who plans to escape from both Kashmir and his strict uncle but whose plans are complicated when he forms a bond with a woman whose passport he has stolen. Tapa says that his first job when arriving in Srinagar was to convince the community there that he “was on their side.” He says, “Tempers could flare very quickly because of cultural and political issues [having to do with] traditional and conservative Muslim. We were often mistaken for doing something illicit. Or, they didn‘t understand the kind of movie we were making. They‘d say, ‘Where are all the tiger and the dancing women?‘ I‘d say, ‘Well, it‘s a story about people‘s lives,‘ but the concept of this kind of movie doesn‘t exist over there.” In order to teach the community, including the non-actors who star in the film, about his kind of filmmaking, Tapa showed them DVDs of such movies as Tree of Wooden Clogs, The Bicycle Thief, and Il Posto.

After surviving production — “We were constantly getting interrupted; there‘d be a car bomb, or a policeman nearby would get shot,” he remembers — and a lengthy postproduction process that included 93 separate cuts, Tapa, who also attended the IFP Rough Cut Lab in 2008, now expects to premiere his film at one of this season‘s top festivals. He‘s also preparing two more features: Young Offender, which he‘ll shoot in Texas, and then, in 2010, another picture to be shot in Srinagar. He says he will “absolutely preserve the same level of intimacy in production [as the no-crew Zero Bridge]… but I would really like to bring along one or two other crew members.” (photo by Winston Cutshall)

Also opening is Matt Porterfield’s Putty Hill, which was also the winner of the Filmmaker-sponsored Heterodox Award at the Cinema Eye Honors just last month. And here’s my “25 New Faces” piece on Matt. 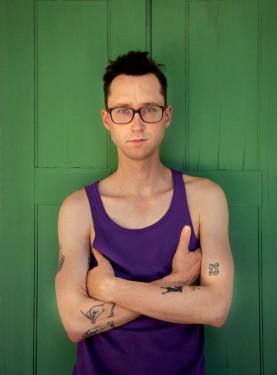 Recently Putty Hill was picked up for distribution by Cinema Guild, which will put it in theaters this fall. The company also acquired Porterfield’s barely-seen first feature, Hamilton, for DVD. Plus, Porterfield has been exploring an intriguing new direction. “I recut Hamilton down to 45 minutes, and it’s been playing on a loop as part of a show at the Baltimore Museum of Art. I took out a lot of the dialogue and the exposition. It’s a really different approach to time and narrative where the image predominates.” Going forward, Porterfield says he’ll develop another larger script and continue to create work for museums and galleries, but also keep making small films like Putty Hill in Baltimore. “I just want to keep working,” he says, “and I’ll take a ‘by any means necessary’ approach.” (Photograph by Richard Koek.)

See Putty Hill this weekend at Cinema Village. Like Zero Bridge, it is highly recommended.