WHEN DOES PLAN B BECOME PLAN A? | By Anthony Kaufman

by Jason Guerrasio
in Sundance Features
on Jan 19, 2010 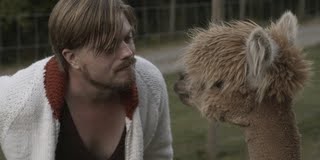 This is Anthony Kaufman’s Industry Beat column from our 2010 Winter issue.

Everyone knows about the passing of that once-established indie film paradigm: Make a movie, show it at a festival, sell it to a distributor, get it booked in theaters, watch it find a home on DVD and cable — and then somewhere down the line, after all the release expenses are recovered, maybe even rake in a few bucks.

And yet, when talking to filmmakers and sales reps heading into this year’s Sundance, it’s shocking how few are following new distribution strategies.

Submarine Entertainment’s Josh Braun says that a few of the filmmakers he’s repping have discussed some form of alternative path. “However,” he explains, “we are going on the Sundance ride to see how things unfold. Last year we had a bidding war and sold Humpday during Sundance, and I don’t think those days are gone yet. Certain movies will still trigger strong interest from distributors who don’t want to risk losing a great film.”

This might come as a surprise from Braun, who helped orchestrate the hugely successful DIY release for Valentino: The Last Emperor. After distribution offers were deemed inadequate following its Toronto fest ’08 premiere, the team eventually formed a partnership with Truly Indie and Vitagraph Films, and the self-styled release went onto become one of 2009’s highest-grossing docs. But Braun says that was a particular case of the filmmakers’ eagerness to experiment. “For certain films, it’s a great opportunity,” he says, further noting that films, particularly documentaries with a TV partner already in place, can take advantage of the theatrical window between a festival premiere and broadcast date.

Citing the “broken down” theatrical distribution market, Cinetic Media’s Digital Rights guru Matt Dentler believes there is a greater willingness now among filmmakers to embrace alternative distrib routes. “For the right film, which didn’t cost a ton of money and where there’s a specific audience, you can use the momentum of a festival and [with digital distribution] tap into people around the country who are hearing about the film and don’t have a way to see it,” he says. Dentler adds that Cinetic’s strategy to self-release Chris Smith’s Collapse on VOD and theaters shortly after its Toronto ’09 premiere was always the plan for the film. But it’s too soon to determine whether the strategy paid off. While the film attracted an impressive amount of publicity, by publication it has only grossed $50,000.

So when does reality set in?

For Michael Mohan, writer-director of One Too Many Mornings, playing in Sundance’s new low-budget Next section, the cruel truths of the sales climate hit home while he was making his movie. “We were looking at other films of similar scale; half were coming out, half weren’t, so we thought. ‘What’s the most responsible thing to do?’”

He and his team soon decided it made the most sense to make their indie comedy available for sale off their Web site (onetoomanymornings.com) through download and DVD immediately after the movie’s Sundance premiere. They enlisted the help of TopSpin Media, a technology and marketing firm that has previously helped music acts reach their audiences directly through the Web. 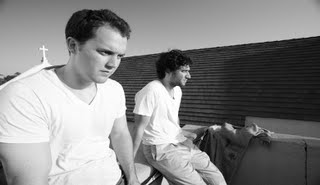 One Too Many Mornings (pictured right) producer Anthony Deptula acknowledges that the film’s low budget allowed them to try a more “hybrid” approach. “If you have a $400,000 or $600,000 movie, you can’t really mess around,” he admits. But with a low-budget, low-stakes production, Mohan and Deptula are motivated just as much by a financial incentive as a creative one. “Our goal is not to sell the film,” says Mohan, “but get it seen by as many people as possible.”

Likewise, Thomas Woodrow, producer of Sundance Next selection Bass Ackwards (pictured above), was fed up with the traditional distribution model — which he sardonically calls “stealing” (“a company taking a movie and then paying their bills by selling it and giving nothing back to the filmmaker,” he explains). Instead the Bass Ackwards filmmakers are planning “to treat Sundance itself as the theatrical campaign,” says Woodrow. Partnering with former New Line exec Marion Koltai-Levine’s Zipline Entertainment and indie distributor New Video, Woodrow hopes to get the film out “on every single platform as we can — DVD, iTunes, Amazon, Netflix, and maybe even in theaters. When someone asks, ‘How can I see your movie?’ The answer will be ‘anyway you want.’ When? February 1.”

While Mohan and Woodrow are embracing the future, diving headlong into post-Sundance digitally-driven launches, many filmmakers still want to emphasize a theatrical release as their first line of fire, with or without an established distributor. As Vanessa Hope, a producer of the Sundance competition picture The Imperialists are Still Alive!, states, “If we end up needing to go directly to the theater chains ourselves in order to get the film out there, we will do it.” She believes the Internet is key to the film’s promotion, but she feels that Imperialists is akin to indies from the ’60s and ’70s “that audiences above 25 years old will want to experience in theaters.”

Like many producers and filmmakers heading into Sundance, Hope is already strategizing for public consumption no matter what happens in Park City: getting that Facebook page polished, seeking out celebrity endorsements and cultivating fans online. But she sums up the aims of many by saying, “Plan A is a buyer.”