by Jason Guerrasio
in Sundance Features
on Jan 19, 2010 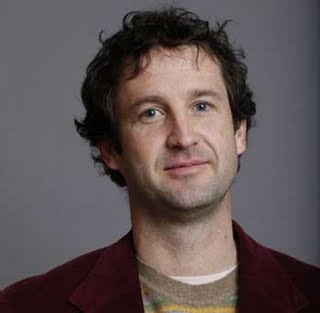 One of the biggest premieres at Sundance this year doesn’t involve a star-studded premiere party or the unspooling of a glossy 35mm print: it’s an entirely new section of programming: <=>, pronounced “Next” by those not brave enough to type or say the symbol. Director of programming Trevor Groth has been involved with the festival for 25 years, and points out that the symbol actually means “Less Than Equals Greater Than,” which alludes to the fact that all Next films were made for very small budgets — at least under $500,000 but in most cases much, much less than that.

Based on description alone, the eight films in the section seem to be variations on the beloved themes of American independent film: a road movie, a sex comedy, an examination of a little-known subculture, an outcast boy gets unlikely girl. Films just like them, with equally small budgets, are programmed in Competition and Spotlight; films just like them with multi-million dollar budgets will have their days in the Park City sun as well. So what is a Next film?

Below, Groth explains all the reasoning behind the symbol, and says that the point isn’t exactly to create a special “low budget” section, but rather to highlight the complex achievements of filmmakers pursuing personal, human stories outside of what has, in the 25 years of the festival, become a new institutional film system, the one populated by movie stars and studios that still calls itself “Independent Film.” Advancements in digital format and a rising tide of new distribution possibilities make the delineation a timely new line in the Sundance sand.

Filmmaker: What’s the story behind the creation of this new section?

Groth: There were a lot of factors – it started with the submissions we received, which had grown so much not just in quantity but also in quality. Our decisions were getting much more difficult because the films being submitted were getting better and better. A lot of the films making it in were films that we loved, but that also tended to have a higher profile in terms of name talent and so on. We always kept some space for smaller films, but they tended not to get the attention they deserved when competing with these bigger names that got all the press. So we felt that by giving these films their own section, they might collectively get more attention than they would standing alone alongside the other features. We want to represent with this selection of films a spectrum of what’s happening in this part of the industry right now. There are certainly low-budget films in Competition that we considered for Next; for us, when a film went into the Next section, it wasn’t 2nd place – especially this first year, I think these films are going to get even more attention by being in Next than they would if they were in Competition.

Filmmaker: It’s a tricky thing, singling films out based on their budget, because the budget of a film dictates its casting, the coverage, the format — everything. It might be hard for these films to be judged alongside films that had much greater resources. But likewise I don’t feel like films should be excused for their faults because of their lack of money, or get a break from the audience because they didn’t have all the money they needed.

Groth: That’s right, [the film] has to work, and we truly feel that all these films work despite their limited resources to tell their stories. We found the films [for this section] that we thought really represent the ‘less than equals greater than’ spirit. We don’t want the audience to forgive these films for what they don’t have. We want people to react without thinking what the budget was.

Groth: Along the budget lines, people have asked, you know, what’s the [cut-off budget] number, and we didn’t have a hard number. In general, we said that anything under $500,000 could be considered for this section. That being said however, I think the films making it into this section are much lower than that. They all come from very different places and very different voices, but I do think they share similar qualities. They are all focused on the writing, they are all sharply conceived and written, and they’re all capturing a specific aesthetic with what limited resources they have to work with.

Filmmaker: They do all seem to be narrative and character-driven, not playing rough with format or pushing formal boundaries in major ways.

Groth: The films that are pushing boundaries are what New Frontiers is all about. We’d noticed in that last few years that there were a lot of films going into New Frontiers that weren’t necessarily formally experimental or avant-garde in any specific way, but that had this spirit of utilizing minimal resources and being inventive and creative with storytelling. So that’s another reason that we wanted to create Next, to showcase films that weren’t necessarily breaking any rules about aesthetic and story but were just very well-executed and funny — character-driven films that we think work regardless of budget.

Filmmaker: In terms of the sales landscape, the prevailing wisdom is that filmmakers should not come into the festival expecting that magical six-figure deal that makes their dreams come true. How does this section fit into these new business realities?

Groth: Definitely, we wanted to reflect what was happening in the industry. The old track of, “OK we’re going to make this film, come to Sundance and sell it to a distributor,” that really only happens for a small percentage of films these days. The ones that it does happen to are ones that have more obviously marketable components to them. What I love about the films in the Next section is that they’re not coming in with that dream. If you look at Bass Ackwards and One Too Many Mornings, they’re coming in with a complete plan for distribution. They’re utilizing the attention that they’re going to get by being in Sundance to get out there as widely and as quickly as they can. I think that is going to happen more and more in the future, and this is the year it’s breaking out. People are shifting their agendas as to what the path of their film can be. We’re going to pay very close attention to those specific examples of what the new experience of taking a film to Sundance is going to be.

Filmmaker: I wonder how it’s going to play out, because some of these films don’t seem particularly internet-friendly, or have the obviously marketable elements you’re referring to.

Groth: One thing I’m hoping is that film festivals aren’t put off by a film that’s trying to distribute itself right away, via DVD’s and downloads and other platforms. Film Festivals are the film’s theatrical distribution in this model, and hopefully there’s going to be a shift [towards accepting that.] It’s like what happened with short films a few years ago, when the big festivals refused to show short films that had played online — Sundance was one of the first to break that rule. The same thing will happen with how people think about [films that are] accessible in VOD or online — they are still worth showing theatrically at a festival. We’re doing a thing this year with the Sundance channel where three films (Daddy Longlegs, 7 Days and Shock Doctrine) will be available for VOD during the festival. A film like 7 Days would have had some options to do other things [with its distribution] because it’s a genre film, but they’re willing to roll the dice by doing VOD right out of the gate, which is great. During the 10 days of the festival is when most of these films will have the most eyes on them, so why not utilize that momentum to reach as broad an audience as possible? Whatever we can do to connect films with audiences is a positive thing.