HEATHER COURTNEY ON HER “WHERE SOLDIERS COME FROM” SXSW PREMIERE

Documentary filmmaker Heather Courtney premiered her Where Soldiers Come From, about a group of Michigan teens who enlist in the National Guard and wind up fighting in Afghanistan, at SXSW. The film tracks their journey there and back, and it won the Best Editing award at the festival. Below, she recounts a confrontational moment that occurred between an audience member and her subjects at the premiere. 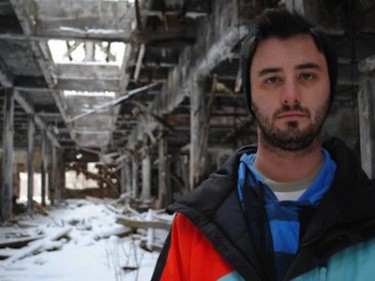 WHERE SOLDIERS COME FROM

A few days before the world premiere of Where Soldiers Come From at the SXSW Film Festival, we showed the final cut of the documentary to the guys and their families who are in the film. We told them to expect personal questions during the Q&A after the premiere, but that in general, audiences would be friendly and respectful.

Two days later, about 5 minutes into the post-premiere Q&A, a man sitting in the back asked, “Can you explain why I should have any sympathy for any of y’all for going off to that war and coming back with the problems you got when you knew or had to have known what was coming in your direction when you signed on the dotted line?”

Before I could even think of how to respond, the audience was already jeering. One woman yelled, “You’re an asshole!” while others chimed in with, “That’s outrageous!”, “You should be ashamed of yourself!”, and “You gotta be kidding me!”

As people were yelling at us on stage to not answer the question, I was about to call on another person, when Dominic, one of the young men featured in the film, very politely told the guy “we’re not looking for sympathy,” which was received by applause from the audience. Bodi, also featured in the film, calmly asked the guy “would you rather have your son go over there, or somebody else’s? I’ll fight for you any day. If you don’t respect that, that’s your problem.” Which was also received by lots of applause.

While I and most everybody else in the room wanted to kick that guy’s ass, the young men in my film responded with grace, calm, and humility. They handled what could have been a difficult moment with great respect, even as they continue to struggle with post-war demons.

As a director screening your documentary publicly, you are always concerned about someone in the audience either attacking your film or the people in your film. But as one of the young men’s fathers reminded us, that audience member is entitled to his opinion. And Dominic and Bodi showed us the best of how to respond to that. I could not have been prouder. — Heather Courtney