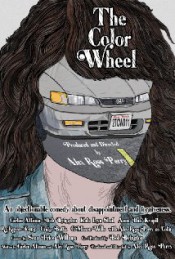 Described as a “comedic symphony of disappointment and forgiveness,” Alex Ross Perry’s new feature, The Color Wheel, is written by lead Carlen Altman and Perry, and shot in a lovely, low contrast B&W by Sean Price Williams. Some of you may remember Altman for her role in Ry Russo-Young’s You Won’t Miss Me. And you’ll remember Ross from his feature Impoplex of a couple of years ago. According to the website, the film rests “uncomfortably somewhere between the solipsistic, unrepressed id of late Jerry Lewis, the confrontational pseudo-sexual self loathing of Philip Roth, and the black and white motels, diners and loners of Robert Frank’s America…”

The Color Wheel premieres at the Sarasota Film Festival and will be at BAMcinemaFEST in June. Check out the trailer.

THE COLOR WHEEL – Preview from Alex Ross Perry on Vimeo.