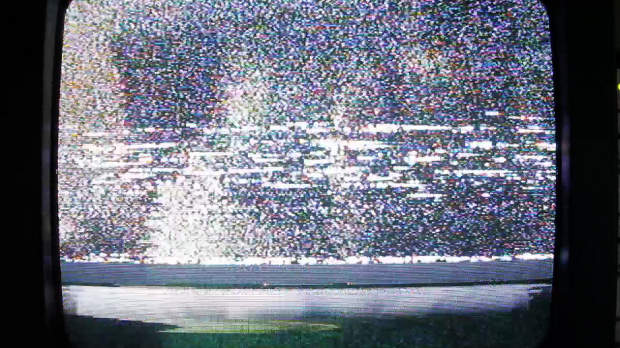 I’ve been mulling this topic over for a while, as I encounter many filmmakers — usually independent filmmakers — who kind of sneer at the word “transmedia.” They think it’s just marketing, or they don’t understand why people can’t just sit and watch a good film. I wanted to talk a little about this, as I certainly think there are some filmmaking topics transmedia developers need to keep in mind to make the work as a whole really soar.

I’ve noticed a number of common traits in several recent high profile transmedia projects that I think can be improved. I’m not going to name any of these projects, as I don’t want this post to come off like I’m bashing them. I just wanted to point out some things that I myself always have to keep in mind as I work on my own project.

I’ve noticed this more in “issue” projects. It seems that many characters spend as much time illustrating the story through their words as they do… living in the moment of the piece. This is unnecessary in my view, because these projects pretty much always come with some website where the creators can put out all of the exposition they want, in a format suited to it.

Expository writing kills the actual drama of a scene. Not that my own film is the greatest thing ever, but I did work very hard — even though we are a “docudrama” — to make sure the characters were never just delivering information. I would prefer people to come out the film with some questions, and be compelled to go find the answers to those questions, than harm the drama by making the actors illustrate with their words. And as I said, this is one beauty of a transmedia project: you have other outlets to handle raw information-giving, so there’s no real need to cram everything into your film, or to bend over backwards to make sure some piece of information is communicated through an actor. I think the bigger job is make sure the audience wants to go find the answer. And that comes through real drama.

Why is this? As I said, I mostly see this in “issue” projects. And I think it’s because these projects are not just in the business of giving you an experience, but in the business of selling you something. I don’t mean that in a derogatory way. I simply mean they are trying to deliver a specific message to you. But the creators of these projects don’t have to look very far through the history of all art that puts ideology first, to see the effects of this approach. Bad art through history, from Medieval Morality Plays to Ayn Rand novels, rely on the same devices: characters that are not really characters but just mouthpieces for the author’s ideology.

I think some of the projects I’m seeing would benefit from letting the drama be drama.

The other places I see this kind of thing, are ARGs where the audience member is recruited by some shady organization to go on a mission or to help solve a case. In these situations, characters on screen give you instructions on what to do next, or they deliver some piece of  back story. These things are not drama.

I think acting issues I see come mostly from the above. In my experience, when working with professional, skilled actors, acting issues usually can be solved in the writing. If a scene isn’t working in rehearsal, I look to the script. A well written script almost acts itself. Because in a well written script, the actions of the characters from beat to beat are so natural to the situations they’re in, so organic to who the characters are, that there are no other possible actions for the characters to do.

If you give actors things to say that have no actual relation to the reality they are supposed to be living, it makes it real hard for them to give us a good performance. And if they must be relied on to deliver expository writing, it takes an especially adept director to help the actors get to true, believable performances while saying those words.

If you are working with non-professional actors, the quality of your director is even more critical. Good directors can get good on-camera performances out of non or bad actors. But they have to be good directors.

When you can recognize a particular FCP plugin, it’s not good. Like the “Fuzzy TV” plugin. None of the filmmakers or visual effects artists I know would be caught dead using one of these. Because it looks generic. It looks…amateur. In another blog post for NEW BREED, I detail some of the ways we worked on creating a specific look for the The Lost Children. In the “grainy” footage, we tried very hard to get real grain, real static in there, to figure out what that look would really be, rather than relying on an off-the-shelf plugin. And as I said, every self-respecting filmmaking I know does the same. I think relying on these plugins in a transmedia project makes it seem that the project does not fully respect the filmmaking aspects.

I use a simple rule taken from my previous post “Do We Just Suck?” Do you see James Cameron doing it? Then you shouldn’t do it. Do you ever see Scorsese using off-the-shelf plugins? WETA? Then neither should you.

A Director with a Voice

I think this is the biggest thing of all, and possibly everything above can be solved by addressing this one thing. I was recently looking through the slides of Steve Peters’ presentation at Transmedia Victoria, where he talks about “Experience Designer: The Next Generation Film Director?” And here is the actual presentation, if you want to watch. Peters is one of the leaders in this field and not only a super smart guy, but in possession of a wry sense of humor. Also, this presentation is basically a free master-class from one of the masters, so check it out and learn some good stuff.

Peters’ basic premise is that the Experience Designer will take over the role of the Film Director. I think this is a very interesting idea, as the overall experience designer has many of the same responsibilities as the traditional film director; primary among them maintaining an overall vision for the project.

Not only do I think this leads to the best possible art, but I think it’s also an approach that will help more great filmmakers view transmedia less as a threat and more as a new set of opportunities.