Into the Splice: Jane Eyre 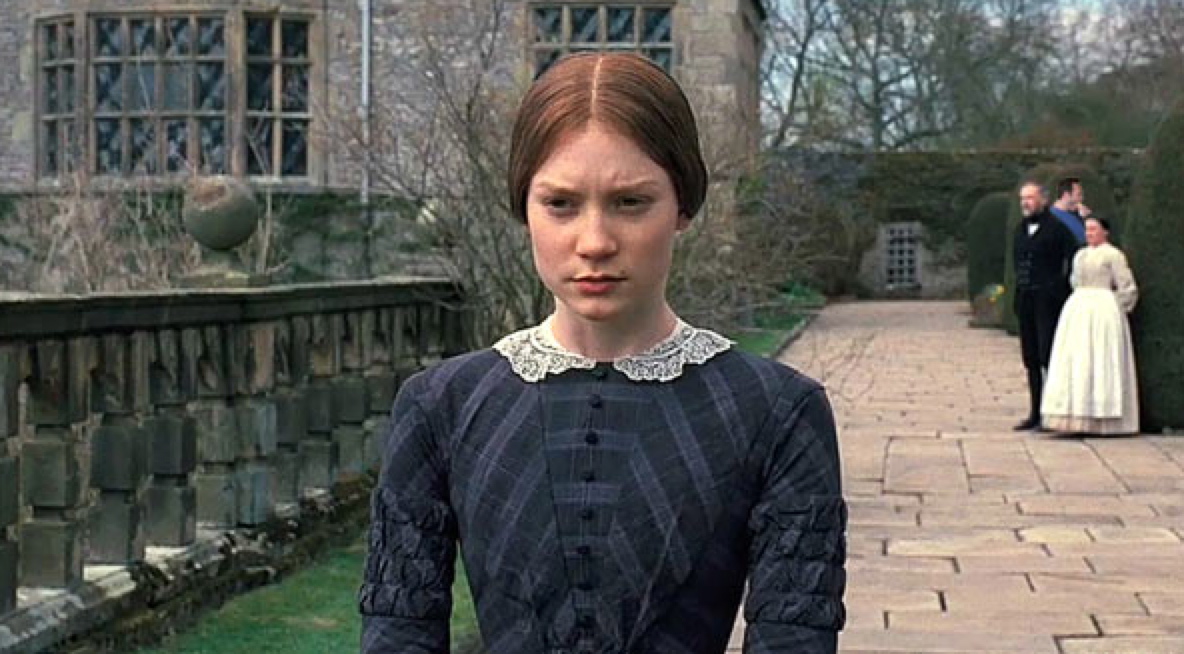 At the State Theater in Ann Arbor, I fell under the spell of Jane Eyre’s cold naturalism (which made the occasional flashes of heat even hotter), but not all of those seated around me did. Specifically: a woman in the row in front of me who, at the most tender, sexually charged moments in the film would sigh heavily, throwing her head back. When she wasn’t doing this, she was answering her phone calls (at least twice), fidgeting in her seat, or stretching her arms above her head. She had obviously been dragged to the film by her companion, who seemed to enjoy the movie and wasn’t, as far as I could tell, bothered in the least by her friend’s utter boredom, which verged on contempt. I almost said something to her but didn’t because, in truth, a small part of me felt the same way she did about Jane Eyre. That’s not really true: I completely loved the movie. What I mean to say is, I could imagine being bored to death by it. A skull-numbing boredom, enough to drive someone to gnaw at the palm of her hand and twirl her hair and lean forward, softly moaning, resting her forehead on the seat in front of her.

A film like Jane Eyre demands servitude: it means to dominate, and resistance to its power, well . . . resistance can have a romantic aura of its own. For all my terrible thoughts that the woman in front of me must be one shallow person to be so dead to the Dogme 95-fueled aesthetics of the film, I had other thoughts, thoughts I tried to push away, that she, perhaps, shared something in common with Jane Eyre herself. For here we were, confined in the dark, in the flickering light of a “serious” film that, in its utter quietness, demanded to be taken seriously. I was taking it seriously, but she wasn’t. Who was the rebel? 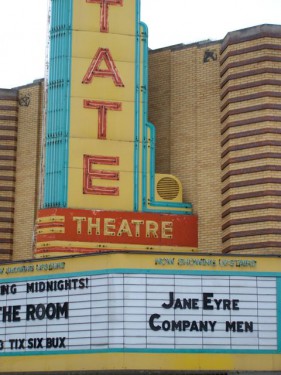 This makes it sound like, deep down, maybe I too resisted the film. But this isn’t true. It’s been a week since I’ve seen it, and it haunts me still. There is the scene where Jane saves Rochester, in the middle of the night, from the fire in his room, and they stand close to each other, face to face, in their loose nightclothes, and Rochester all but asks Jane to sleep with him. Despite her desire, and their faces moving ever-so closer to each other, wanting to kiss but restrained by the accumulated forces of social convention and tradition, and the dead weight of history, which really operates as the third major character in the novel and film, there is her gentle resistance. During this scene (which touched the romantic in me that I feared was dead) the woman in front of me actually guffawed, as if to say, AS IF! At that moment, I saw the scene completely and briefly through her eyes, which really aligned with my second self, the cynic, the one who sees through ideology, the whole film apparatus, shot-through as it is with the putrefied remnants of neo-liberal capitalism, policing in the most insidious ways (in Jane Eyre’s case, nostalgia) hetero-normative and classist social arrangements. But sometimes a (near) kiss is just a kiss.

What I objected to most about the woman in front was that she had brought elements of the contemporary world—her BlackBerry—into the time-capsule of the film’s world. Of course, this is an absurd complaint, if for no other reason than that the very film we were watching was produced, created, and distributed through contemporary means. The past is a fiction. But so is the present, and for the duration of Jane Eyre, I wished to enter as fully as possible the fiction of the past. I hated the hellish light emanating from her BlackBerry because it reminded me that, for all I knew, the actress who portrayed Jane Eyre on the screen might very well have had—at the very moment she almost-but-did-not-kiss Rochester—a BlackBerry of her own tucked beneath her period-specific nightclothes. It’s too easy to wax poetic about the importance of solitude. This is not about solitude. It’s about the importance of fantasy in a reality-based, real-time culture, governed by corporations who promote inattention as a valuable commodity. The intrusion of real-time technology into one of the last physical spaces (the theater) that is essentially historically-time-based is a capitulation to the faux-populist dreary everyday, so what? aesthetics of our time.

The strange beauty of this adaptation of Jane Eyre is that it is relentlessly of our time, even as it’s not. The film’s visual style and the tone of Adriano Goldman’s cinematography is cool and drained of color, and yet its emotional register is sheer Technicolor, all hot-red-lava. There is a yearning—there has been for a long time—for the old strictures and rules and taboos. As much as we want to be free, we yearn for constraint, the very rules that make rebellion possible. Jonathan Franzen’s Freedom is about that. The woman in the row in front of me, she is a Franzen character. So am I. But Jane and Rochester, they are not. We pay to see them because they are not like us, and the intrusion of their utter unfamiliarity (in the opposite way of Avatar, where North American audiences find within their future selves, the Southwestern-tinged Na’Vi, a sort of guilt) is a shock to the system. I should say that I’m writing this in Detroit, tinged by a hatred of nostalgia. No one here is nostalgic. There is no going back. Thus, the ending of Jane Eyre (the film) holds a special allure, not finalized, full of potential, the opposite of Johnny Rotten’s “No Future.” These are unspeakable words in Detroit. 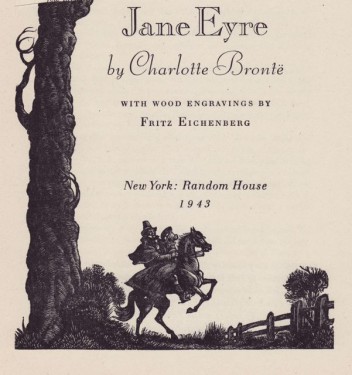 The woman in front of me, she understood something, some secret about freedom. I wanted to ask her to stop. In Freedom, Patty sleeps with her husband’s best friend/biggest enemy Richard: “In her sleep, at some still-dark hour after that, she rose from the bed and let herself into the hall and then into Richard’s bedroom and crawled into bed with him. The room was cold and she pressed herself close to him.” Patty is not inscrutable. Jane is. She seems to have no choices, which fascinates and repels. In the novel (a 1943 edition with wood engravings by Fritz Eichenberg is something to behold) after Jane saves Rochester and declines his oblique suggestion that she remain with him during the night, she goes back to her room but cannot sleep. She imagines herself tossed on a sea, approaching shore but never reaching it: “… and now and then a freshening gale, wakened by hope, bore my spirit triumphantly towards the bourne: but I could not reach it, even in fancy — a counteracting breeze blew off land, and continually drove me back. Sense would resist delirium: judgment would warn passion. Too feverish to rest, I rose as soon as day dawned.”

In the dark of the theater, even the evil blue glow of the BlackBerry’s light could not break the secret bond of affection that I felt for Jane on the screen. By dispensing with voice-over narration (the novel is told in the first person) the filmmakers, going against the grain of the easygoing confessionalism of our times, have molded in Jane a character so inscrutable and mysterious and locked into a cultural logic beyond our reckoning that freedom doesn’t even enter into it.