OFF PLUS CAMERA INTERNATIONAL FESTIVAL OF INDEPENDENT CINEMA 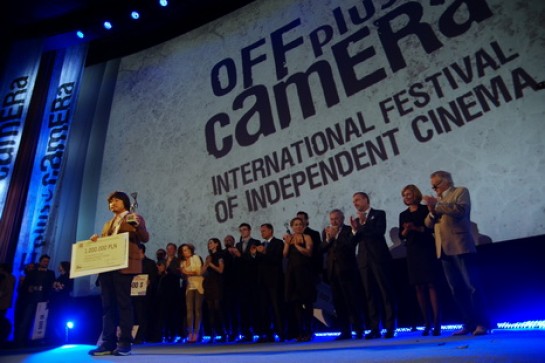 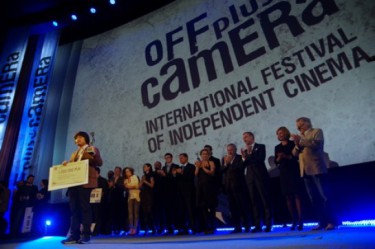 Ambitious and generally without a dull moment, the fourth Off Plus Camera International Festival of Independent Cinema unfurled from the 8th through the 17th of this month with little of the inconvenience and national tragedy that marked last year’s affair. Having been interrupted by the volcanic explosion that grounded planes across Europe last April and shortened by the tragic plane crash which killed an entire generation of Polish political and civic leaders, the third edition was a ragtag affair with few guests and an anarchic spirit that few festivals are able to generate. This year the festival was running at full speed, allowing its generally strong programming, immaculate hospitality and eclectic group of attendees to watch and mingle in relative comfort, although the overall vibe was perhaps more pedestrian than the previous event. Still it’s a sprawling event for such a young festival, with two large competitions, programs of Irish, Asian and German cinema, rooftop screenings, art openings and a special section devoted to recent experimental favorites of Sundance programmers Trevor Groth and Mike Plante.

Unfolding in the stunningly gorgeous city of Krakow, the fest opened with Peter Weir‘s The Way Back, the Oscar-nominated director’s first non-studio film since the heyday of the Australian New Wave. Weir, an utterly delightful man, who for such an accomplished director has a genuine modesty about him, was one of several big name attendees to conduct a “Master Class” for surprisingly robust audiences at the festival’s modernist central venue, the Kijow Centrum. Conducted by American film critic Elvis Mitchell, who also moderated feature-length public chats with International Jury head/legendary Polish director Jerzy Skolimowski and the actor/director and “Against the Current” award recipient Tim Roth, the chat with Weir was truly special, allowing the 66-year old director to ruminate on the great breadth of his career, the difficulties of living with films that one knows could have been better and the ways in which neophyte directors slowly become master craftsmen.

Having showcased the best of the international independent scene in its competition the past couple of years, the festival added a new competition for Polish films this year, with mixed results. The nearly incomprehensible, smooth jazz-scored Heniek, a comedic ensemble piece set largely at a used car dealership, inexplicably took the festival’s audience award (this critic and at least one jury member who shall remain unnamed were simply unable to get through it), while Martin Wrona‘s The Christening, a Cain and Abele-sque story of fratricide between two small-time criminals on the grim streets of Warsaw that gained some international traction after screening at Toronto last year, took home the Polish competition grand prize of 100,000 zloty. The real standout of the Polish competition was Agnieszka Lukasiak‘s Between Two Fires, a harrowing story of a Polish woman living in Belarus who tries to immigrate with her daughter to Sweden, but encounters cruelty and alienation from both individuals and institutions at every turn. The film features a magnificent performance from newcomer Magdalena Poplawska, who could be seen in several of the Polish films on display.

The international competition included some terrific films that have been making the festival rounds, such as Tom Hall‘s funny and morally complex Sensation, Rashaad Ernesto Green‘s tough, revelatory Gun Hill Road and Megan Griffiths‘ handsome, quietly moving anti-mumblecore The Off Hours. Cruelty and alienation are at the heart of Park Jung-Bum‘s stunning The Journals of Musan. The gem of the entire program, it continued the run of festival success it began in Rotterdam by taking home the international jury prize of $100,000. It tells the story of a nearly friendless North Korean defector in Seoul and the small community of hustlers, strivers, devout Christians and introverts who have escaped the North but are relegated to the outskirts of society in the South. Shot in rough-hewn handheld, it is a marvel of patience and low-budget ingenuity. Its boldness to recount the petty brutalities and indignities of this man’s dour, pedestrian and yet utterly remarkable life is one few filmmakers would venture to do with such unsparing yet self-effacing immediacy. South Korea may have found its Ronald Bronstein or, better yet, its Chantal Akerman.