VON TRIER AT CANNES: FRENCH HYPOCRISY AT ITS WORST 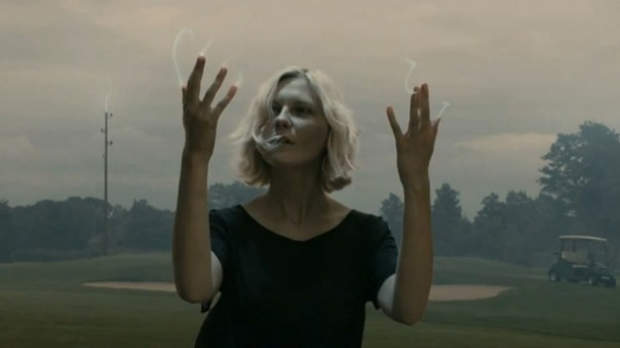 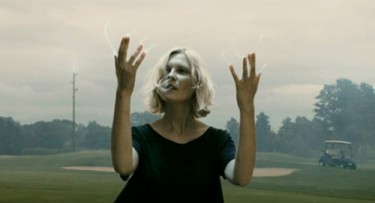 The controversy that has resulted in the Cannes Film Festival — which shows itself to be the spineless tool of a government uniquely, like many of its citizens, obsessed with self-image — declaring Lars von Trier persona non grata on account of his comments that began with his  upbringing as a Jew is a despicable, hypocritical mountain made from a molehill. (Would The Producers be banned here? Hardly. Will I lose my accreditation in the future for writing this? I would not put it past them.)

Laws about expressing antisemitism are strict here (six months in prison, clearly related to the extensive collaboration by the French with the Nazis). Indeed France is one of two western European countries, the other being Holland, that lost the highest proportion of their Jewish population, frequently with the assistance of non-Jewish civilians — and by most accounts, antisemitism is rampant in contemporary France (although they like to blame it on Muslim immigrants; I’ve lived and worked in France, and experienced anti-semitism for the first time here).

Compare France’s Vichy track record with von Trier’s native Denmark, which was also under Nazi occupation (but hardly collaborative): Not only did the Danes save virtually all of their Jews (boating them to Sweden in the middle of the night), but when the Germans demanded that all Danish Jews wear a yellow star, the country’s king came out in public with one sewn on his jacket.

At the press confererence here, von Trier noted his discovery that he turned out not really to be a Jew (his biological father was not the dad he had at home, not that it matters, especially in a religion/culture in which the mother’s religion determines whether the offspring is Jewish), and is, in fact, of German extraction. (Nu? You expect a normal response from this unique talent?). And certainly, his jokes about Hitler and Jews and Israelis were inappropriate for a press conference, although they were unscripted, off the cuff, without ill intention. (Some of it was spoken kindly at the podium with co-protagonist and von Trier regular Charlotte Gainsbourg, whose real family name is…Ginsberg!)

Maybe Mel Gibson didn’t talk prejudice at his film’s press conference here (he is the one who chose not to attend it), but this virulent, certifiable antisemite walked the red carpet and did photos calls here to promote his appearance in Jodie Foster’s lightweight Beaver, which doesn’t offer any evidence of the artful genius of even the most minor von Trier film. And just to note, runaway child sex offender Roman Polanski is always warmly welcome here.

Many, including the CEO of the Danish Film Institute, have jumped on the von Trier-trashing bandwagon. I grew up in a very Jewish home. My family on the maternal side were Talmudic scholars, rabbis, and stand-up Yiddish comics. Typically, like many Jews, we regularly used dark humor, as we always have, about the most horrid, sensitive topics — like the murder of six million of our people. (My daddy lost a half-brother and half-sister in the camps.) I could have, and am sure I have, made such comments, or similar ones. During the Holocaust a genre of jokes existed among transportees and concentration-camp inmates with a central character named Moishe, a small, shleppy Jewish guy on the run from the Nazis that gave the victims the luxury of a laugh in the face of incomprehensible discrimination and terror.

Even in Bosnia, where the second largest genocide of the past century occurred and where I have been doing most of the international programming since shortly after the Bosnian war, I have heard countless dark jokes from the locals in which the punch lines involved those killed or maimed during the years of horror. A comic look at tragedy has long been a tool of survival.

The tragicomic is the norm among many of my fellow Jews, so it’s not inconsistent that von Trier made comments he considered humorous at a press conference following the gloriously heavy Melancholia. Yoav Shamir’s fantastic documentary Defamation showed Anti-Defamation League leader Abraham Foxman, who led the outrage against von Trier, to be the fool and opportunist he is. Little did one expect that things would go so far, so that TV bites today make it sound like von Trier simply admires Hitler. Could any of this be related to Cannes’s status as a winter refuge for wealthier Jews, and a year-round one for a large number of Orthodox and Hasidic Jews?

Melancholia (pictured) is a masterpiece. Von Trier has been open about his periods of clinical depression, and, great auteur that he is, he crafts art out of his own experience. Eccentric, neurotic, and a good self-promoter, I was dubious until I saw the film about whether he really did suffer severe depression: Could his constant reference to it as the starting point of the film be a PR move?

Once you view the movie, there is no doubt: The guy is, or has been, very, very depressed. You can compare it to William Styron’s Darkness Visible, brilliantly descriptive of his descent into the psychic depths and the toll it took on him. But whereas Styron wrote at the end that there is light at the end of the tunnel, von Trier offers no such respite. In Melancholia, he chooses affirmative resignation over healing or fighting the demons.

I prefer Melancholia to Terrence Malick’s magnificently executed Tree of Life, which emanates much less from the director’s psyche and personal take on our existential state than from the evangelical Christianity that now informs his worldview. (Evidently he was convinced to remove an hour of very heavy handed scenes derived from his evangelical Christian beliefs.) Personally I find it hard to imagine a beach in Galveston with the resurrected walking like sheep as heaven for those who believe. (Where does that leave us Jews?)

And, even if the more naturalistic parts of the film are almost doc-like in the way they capture small-town Texas in the 1950s, dialogue and voiceovers straight from the Neo-Christian Handbook detract from the attention to detail — not to mention the mother of the central family, representing the concept of grace, as a silent presence almost totally captured in reaction shot. Although they were until recently under the radar in some ways, generally women in Texas and the rest of the South have been tough, the pistons that have guided the family engine.