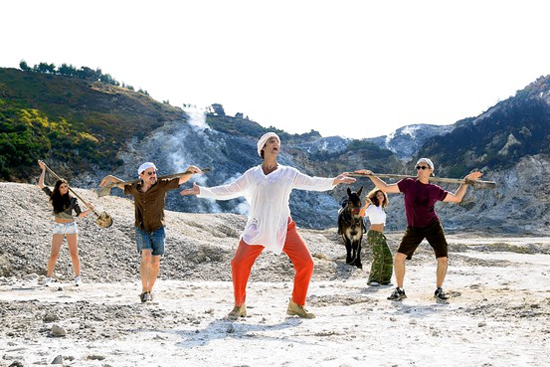 by Brandon Harris
in Director Interviews
on Jun 22, 2011 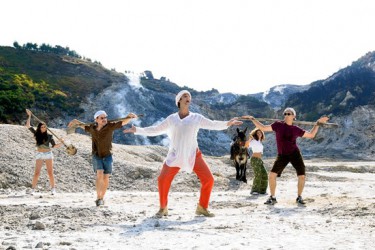 For the past twenty-five years John Turturro has been one of the most dynamic presences in American narrative filmmaking, both in the independent world and in Hollywood. His roles in films such as Do The Right Thing, Barton Fink, Quiz Show and The Big Lebowski cemented his place as one of the most versatile actors around, someone who could slip easily between extremely varied character roles while occasionally moonlighting as a leading man. Beyond his work as an actor, he’s also directed a trio of mostly terrific feature narratives, 1992’s Mac, 1998’s Illuminata and 2005’s Romance and Cigarettes. With his latest film Passione, he’s taken the leap into documentary filmmaking with the same pinache and fearlessness he’s brought to his many screen roles.

A “musical adventure” that chronicles the world of contemporary Neopolitan music from top to bottom, Passione is that rare film in our cynical times that embraces large gestures, outsized emotions and the lure of melodrama and sentimentality. It features performances from a seemingly never ending assortment of Naples’ most vibrant acts, traversing myriad genres and styles, the film’s big heart and bold sound stay with you long after the credits roll. Passione opens today at Manhattan’s Film Forum. 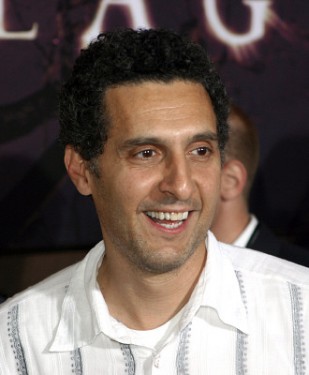 Filmmaker: I read somewhere that the travel writer Norman Lewis was an influence on you?

Turturro: Yeah. I loved that book that he wrote Naples ’44, it’s a great, great book. I read that and then later I worked there, I did a play that was set in 1946 and that helped a lot in terms of getting to know life back then. It’s a beautiful book.

Filmmaker: Do you trace any of your family roots to Naples? When did you first have the chance to go there?

Turturro: Naples was the kingdom of the two Sicilys. My mother’s family is from Sicily and my father’s family is from Puglia. I worked with the great Neopolitan director Francisco Rosi and he introduced me to a lot of different things in Italian literature and filmmaking. He specifically introduced me to a lot of works that were Neopolitan. I ended up doing a play he gave me by the Italian playwright Eduardo De Filippo called Questi Fantasmi, which translates to These Ghosts. We retitled it Souls of Naples and we put it on both in New York and Naples. It went very well. Meanwhile I made this film called Romance and Cigarettes and it did really well there, we had a really good Italian distributor. It played a long time in Italy and because of that they saw that I liked music. The distributors saw that I liked music and they approached me about the possibility to making a Buena Vista Social Clubesque film about Naples. I said, “well it couldn’t be that, but maybe with music I’m interested in so they hooked me up with a guy Frederico DiCalebre who’s a journalist for Il Mattino, a newspaper in Naples. He’s a musicologist and he introduced me to probably a thousand different songs over a two year period. I just whittled it down and then I went and scouted musicians and then we decided to go ahead and do it since we had enough people we were impressed by. I went ahead and began knowing I was going to do certain songs even though things were still up in the air, so we went to see what we could do and this is what we came up with.

Filmmaker: You worked with both street musicians and popular recording acts, right?

Filmmaker: How did they react to the prospect of being filmed?

Turturro: Well a lot of them had never been in a movie. Some had. Some had appeared on TV. For the most part they were all very easy to work with, malleable, wonderful, generous. We didn’t have a lot of time to rehearse because everyone had their own schedules to adhere to. It was one of the great experiences I’ve had making movies.

Filmmaker: How would you compare this experience to your work as a director of narrative films?

Turturro: Well the key was to see if the musicians could sustain the film, if they were good enough storytellers was the most important thing. I was amazed by how evocative there performances were. The people of Naples have a real need to express themselves. So I think you’re getting down to the essence of what it means to be in this crazy business.

I’ve always loved neo-realist films. I thought that maybe I could have a touch of that in the movie. I found it kind of thrilling. I think its a great thing to participate in, documentary filmmaking. I can’t wait to do it again. Obviously when you do a song there’s a structure to the song. So it becomes all about where you place it, do you do it live, we did a lot of the songs live, who the performer is, the arrangement, these all come into play. Everything else around it is a little bit more improvisatory, but the songs are all pretty structured.

Filmmaker: You stage a lot of the performances and shoot them in a way that integrates them into Naples in a really dynamic, visually striking way. Many of them are more reminiscent of the music video format than a film like Buena Vista Social Club.

Turturro: I thought that each song might show a different part of the city without us having to talk about it and if the song is good enough it can take hold of the viewer and do something to you without over intellectualizing it. I didn’t know we were going to do that at first, but when you’re in the presence of real, wonderful artists, things change.

Filmmaker: How long were you in Naples making the film?

Turturro: At first I went for a few weeks and we shot the majority of the film. Later, I came back for a few days to pick up some other shots. We have twenty-three musical numbers in the film and some archival footage, but we shot the whole film in twenty-one days, which is kind of a miracle. If they were masters of improvisation, the people there, there was no way we could have ever done that. Marco Pontecarvo the DP was very fast. We’re good friends and we were able to very quickly communicate and solve problems that would have taken most people hours.

Filmmaker: Were any performers or performances that you shot left out of the film?

Turturro: We cut some things that didn’t work. We cut two songs and sometimes we used shots from those sequences in other things, but yeah we cut one performer because the arrangement and the song didn’t work. We added songs later on because I wanted a new song towards the end and a new song at the beginning. We needed a few more shots for other songs.

It was an adventure and that’s why I call it a musical adventure. It’s a film that’s about the experience of Naples, a city where people will just burst into song on the streets, where its very easy to get total strangers to dance with you on the street. It’s not A plus B plus C, it’s a film about the city told through a selection of songs. Naples has an astounding musical culture. It has one of the longest standing musical histories in the world for both classical and popular music from 1300 on through today. I was mainly interested in exploring the music and people of the city. You want to show a varied picture of something. It’s not whitewashed. I shot in a lot of rough neighborhoods and poorer areas where a lot of Neopolitan music comes from.

Filmmaker: It gives you a window into a side of Naples that you don’t see in films like Gomorrah.

Turturro: That’s right. Neopolitan music, especially in the first part of the last century, traveled all over the world. It was the music that traveled the most from Italy. Not all the songs, but a certain amount of them did. There’s places and cultures you only see one aspect of all the time. That can be valid, but it’s not to see something else too and music in general interests me. It’s one of the great things in life. It’s universal, it’s a language that all of us can enjoy. I love being around bands and musicians in general. I find the feeling invigorating. I wasn’t dealing with actors, I was dealing with musicians and I really liked that. We actually have the soundtrack out on iTunes now, it’s been on the charts in Italy for twenty-five weeks, we’ve been in the top ten. It’s been great to be a part of that. All the musicians are going to tour together in Italy and I’m really hoping we can get them to the United States at some point, that’d be a real dream come true.