by Scott Macaulay
in Uncategorized
on Nov 3, 2011 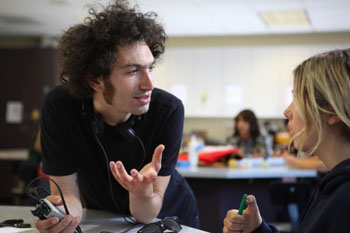 Originally posted on July 6, 2011. Terri is nominated for Breakthrough Actor.

Azazel Jacobs’ idiosyncratic and homespun Terri is caring riff on the alienated teenager film, making its plus-size hero a stand-in for the trepidations we all fear when our slow-motion lives begin to move just a little too fast. Here, in this video shot at Sundance 2011, Jacobs discusses how he moved from his previous feature, Momma’s Man, to Terri, and why he’s not like Alfred Hitchcock.