Graham Leggat, the executive director of the San Francisco Film Society and a former Contributing Editor of Filmmaker, died yesterday at his Bay Area home from cancer. Always erudite and elegant, Leggat brought intelligence and real creativity to the worlds of film festivals, exhibition and journalism.

From his obituary in Variety: 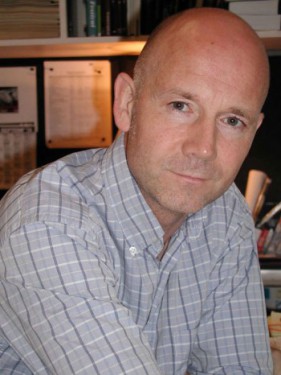 For nearly six exciting and transformative years, Graham Leggat led the San Francisco Film Society with irrepressible determination, dash and design,” said Pat McBaine, president of the Film Society’s board of directors. “His vision, leadership, passion, work ethic, tenacity, imagination and daring along with his colorful language and wicked Scottish sense of humor have indelibly marked our organization with a valuable legacy and left it in the best shape — artistically, organizationally and financially — in its 54-year history.”

Leggat was appointed executive director of the Film Society in 2005. During his five years, the staff grew from 11 to 35 and the operating budget was expanded from $2 million to $6 million and was balanced each year.

He began working in a temporary job at the New York Film Festival in 1994, followed by executive positions at the American Museum of the Moving Image, the Museum of Modern Art and the Film Society of Lincoln Center. Leggat served on the boards of Media Alliance and the Association of Independent Film and Videomakers, was a programmer at the New York Video Festival and the Shorts International Film Festival, and helped found the Gen Art Film Festival. He was the associate publisher of Film Comment magazine, contributing editor for Filmmaker magazine and columnist for the New York Daily News.

For Filmmaker, Leggat created our Game Engine column, writing in the early to mid-aughts about video games. My editorial choices are often as much about discovering smart writers enthusiastic about a particular topic as they are identifying content that needs to be covered, and this was certainly the case with Graham. When our Managing Editor at the time, Matt Ross, suggested that Graham write about games, I was surprised to learn how much he knew about the subject. What I soon realized, though, was how ahead of the curve Leggat was in identifying the pulses that would be shaping 21st century film entertainment. For us he wrote about the convergence between film and gaming, the cinematic narrative of Playstation 2’s The Getaway, and, presciently, in a piece called “Digital Wage Slaves,” the harsh employment practices of video game companies.

Still, Leggat was always a movie guy. I loved a piece he wrote for the column called “As I Live and Breathe,” in which he went to Cannes and wrote about the ways in which films like Elephant and Cache do things games probably never could. He concluded, “There is no doubt in my mind that there are many ways in which films and games are converging. And it’s interesting to observe and catalogue this. But equally or more so, for the time being and perhaps for the duration, there are many ways in which the two mediums are entirely different kettles of fish.”

Another Filmmaker-related note. Jamie Stuart emailed this morning, “It’s arguable I might not have a film career if it wasn’t for him. He gave me the green light to shoot my first NYFF in ’04, the first outside video camera to regularly shoot the festival.” I discovered Jamie through these pieces.

SF360 has posted today a short questionnaire/interview with Graham conducted on the eve of his first San Francisco Film Festival. Listing his favorite cities, movie genres, movies and music, it also contains these final words about the role of a film festival, certainly one of Leggat’s greatest passions. “The one thing that a film festival must be: Transcendent. I think a film festival must be willing and able to deliver transformative, liberating experiences.”

Leggat is survived by his parents Graham and Marilyn of Niagara Falls, Canada, son William and daughters Vhary and Isabelle, sister Alexandra Leggat of Toronto, devoted partner Diana Chiawen Lee, former wife Ellen Hughes, mother of his daughters and former wife Lillian Heard, mother of his son. In lieu of flowers, donations in Leggat’s memory may be made to the San Francisco Film Society. Condolences should be sent to inmemoryofgraham@sffs.org or c/o Jessica Anthony, SFFS, 39 Mesa Street, Suite 110, The Presidio, San Francisco, CA 94129. A memorial service, open to the public, is planned for late September.