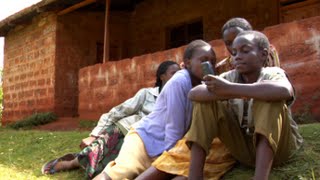 The documentary project A Small Act follows five main characters through two interlocking storylines, but we only had one camera. We were constantly forced to decide which story, and which character within the story, to follow.

There was one day in particular that we absolutely needed to be in three places at once, which was impossible of course. We were filming three Kenyan students as they competed for a life-changing scholarship. The students had taken a national exam and the exam score determined their scholarship eligibility. If they did well on the test, they could get sponsored and continue with school. If they failed, their educations were over and they would spend their lives doing manual labor.

I knew the film’s success was totally reliant on catching the kids’ reactions as they saw their scores. In the past, students would get their exam results at school, meaning in one location. But this year, results were available by text message. Suddenly we had main characters in different locations, each one texting away. The choices were: stay in one place, knowing we would have at least one solid scene on camera; or risk it and drive back and forth between locations, hoping to catch multiple kids get their scores, but knowing we could miss all three big moments completely. I risked it and the footage we shot that day absolutely makes the film.