TRACEY IN SO MANY DIFFERENT WAYS 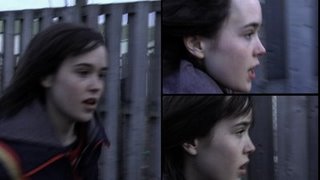 Bruce McDonald’s new film The Tracey Fragments played at the AFI Fest this week, but if you missed it, don’t worry — you can make your own version of the film. The film stars Ellen Page and is described as “a 21st century Catcher in the Rye told in a dizzying pop-art fashion.” The film is also edited in a multi-frame format, and the filmmakers have employed this aesthetic concept coupled with open-source generosity to come up with a unique promotional tool.

As one of the three editors of the film, Matt Hannam, wrote in an email, “As the movie was very much an experiment in editing, using only basic functions in Final Cut Pro, we decided to open up the experiment. All of the footage in the final film has been made available on line with Final Cut Pro project files to go with it and the score from Broken Social Scene. The hope is to get filmmakers all over the world making their own Tracey Fragments content. Whether it’s music videos, trailers or (hopefully) their own versions of the feature.

Visit the website linked above for the film’s video and audio files and follow the movements of the movie, which is currently seeking U.S. distribution at The Tracey Fragments blog.