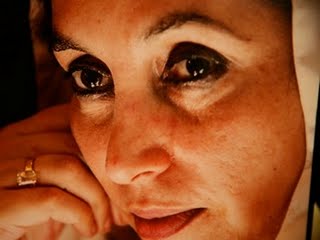 The hardest decision was whether to bring in a narrator or try and let Benazir tell the story through her own words. The easy way out would have been a narrator, but since Benazir was such a public figure from such an early age we decided to piece her life together in her own words, keeping her alive not only by virtue of the documentary but in the documentary itself.

We had a stroke of good fortune when producer Mark Siegel remembered the existence of interview tapes from Linda Bird Francke, a writer who had collaborated with Benazir. We were able to track down Linda and the long-forgotten cassette recordings of Benazir’s own voice.

She generously allowed us access to the tapes, which to this day, have never been heard publicly and represented hours of Benazir’s most intimate thoughts, beliefs and fears.

Why was it so difficult? The question became could we piece together a through-line narrative in Benazir’s own words. The tapes were hours upon hours of interview and after listening to them, we found they’d aged to a point of deterioration; some of the tapes incapable of being repaired even by sound experts. Funder/Producer
Duane Baughman approved the decision to make a hefty investment into getting the tapes professionally scrubbed so we could make our creative decision work.

In addition to the tapes, Benazir did hundreds of other interviews and speeches in different countries and different languages. Finding the right footage was akin to an archeological dig.

How did it affect our film? It made the film much more intimate and authentic to hear the words come from Benazir herself — Benazir’s own story in Benazir’s own voice from beyond the grave.