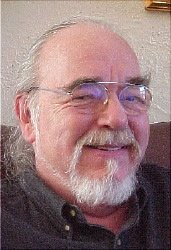 Gary Gygax, co-creator of the fantasy role-playing game Dungeons and Dragons (with Dave Arneson), died on March 4th. He had been in poor health for some time, and apparently died of heart problems.

I saw notice of his death on Boing Boing earlier in the week, took a second to recognize Gygax’s name, and then kept on surfing through the site. Later, though, I thought a bit more about Gygax and his cultural contribution and decided to write something here for a couple of reasons. First, I’ll cop to having been a bit of a D&D geek for a couple of years in my early adolescence. (The long Friday night games in my friends’ basements fizzled out right around the time we all got our learners permits.) But second, I think that when the history of 20th century storytelling and narrative is written someday that Gary Gygax will deserve a page or two.

I remember when the original edition of D&D came out. It consisted of three slim, stapled booklets and a funny set of dice that came in a no-frills white box with red lettering that you could only buy in weird hobby stores. The incredible thing about that first edition is that, aside from following a few basic ideas about constructing a character or rolling dice to fight a monster, you really had no idea of how the fuck you were supposed to play the game. It was spectacularly wide open, with no real beginning or end, and no pre-determined goals. Games could last hours or even days. Sitting in my or my friends’ basements, surrounded by notebooks full of graph paper and those weird 20-side dice, there was something deeply immersive about the experience of playing the game. In fact, so many of the social traits of contemporary internet culture had their roots in D&D. And so many issues that now constitute discussion of new forms of narrative had their precursor in that alternately naive and inscrutable first edition of Gygax and Arneson’s creation.

From a tribute to Gygax at Salon by Andrew Leonard:

In the deep structure of ancient Internet culture, where the same computer programmers who helped build the Net often spent their leisure time pretending to be online wizards and warlocks, there’s no underestimating the genetic influence of Dungeons & Dragons. Gygax’s legacy is built into the infrastructure. I hope he took pleasure in that as the years went by, and I hope Gygax always knew how much millions of gamers and fantasy-dwellers, whiling away their hours on online quests, owe to him and his co-author Dave Arneson.

I know some of my readers, perhaps a majority, will shake their heads in confusion and perhaps dismay at this descent into gaming geekery. But the great thing about Dungeons & Dragons, and something that still holds true in games like WoW, is how they facilitate cooperation and companionship between real people. You play together. It was true for me, and it’s true for my son.

After that first printing of D&D in 1974, the game began to take off, and various supplements and new editions were quickly issued. I can’t remember what the first supplement was titled, but I remember what it looked like — a thick-ish brown book that went to great pains to be a lot more clear than the first edition about what you were supposed to do when playing the game. By 1977, there was a hardback set of books called Advanced Dungeons and Dragons in which much more was spelled out. It came out right around the time I was losing interest in the game, and I remember looking at it and thinking that much of the charm of the original booklets seemed missing. D&D had become big business. Skip forward 30 years or so and I’m attending the Woodstock Film Festival. With a filmmaker friend I walk into a little gaming store that’s in the midst of a big D&D game with a dozen or so local youth. The kids were young, they had these professionally printed character sheets and maps, the books were slick and full of rules and regulations. It was all very different from the game that I knew, a game that demanded that you write your own rules in order to play it.

There’s a lot more to say about D&D and it’s history, from Gygax’s legal falling out with his partners in the company that owned the game to the story of the Dungeons and Dragons feature, to Gygax’s post D&D work. But let’s just end with a final word from Jim Kerstetter at CNet:

So let’s pay our respects: You have to wonder how many of today’s writers, computer programmers, video game creators, and other creative sorts wiled away their winter nights playing D&D. Thanks, Mr. Gygax. You allowed us to use our brains.