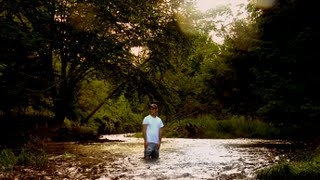 My film, Gasland, is about the largest domestic natural gas drilling boom in American history, now occupying 34 states. I was approached to lease my family’s land in the Delaware River Basin right on the border of New York and Pennsylvania. It’s not a big place by any means, but the drilling boom is everywhere, and we were approached. The hardest decision I had to make was to include not only my personal story in the film but to narrate it and appear in it. The film is part vérité travelogue, part exposé, part mystery, part bluegrass-banjo meltdown, part showdown. And the film includes encounters with EPA whistleblowers, congressmen, scientists and some of the most incredibly inspiring and heartrending stories of ordinary Americans who have had their lives and homes decimated by drilling they were led to believe was safe, prompting them to lease their land. Or, these Americans had no control over the land because they did not own their own mineral rights. So, including myself and my story on an area which is under severe threat from the proposed drilling in a pristine watershed area, which supplies 14 million people with water, was a tough choice because it was so personal. As a result I have become a kind of expert and very public spokesperson on this issue, and that has thrust me into the national spotlight.

Many of my friends told me, “Josh, you have to be in this movie. It’s your story too.” And that decision I think has proved very important. It is what I think separates this film from most documentaries. It’s very personal and the journey is intensely emotional. As I learn about the drilling and the amazing scope of the problems that exist, the audience is right there with me. As I learn of the neutering of the federal agencies, the fact that the EPA was completely taken off the job and the industry was let loose to inject toxic chemicals under the ground directly into or near drinking-water sources, the audience learns that too. As it dawns on me that this is a huge national and international issue that I have somehow stumbled upon as just a guy with a camera, I think the audience starts to feel how much both they and I have been kept in the dark about this. The question becomes, “Why hasn’t the media or anyone else been talking about this?” What results is a kind of surreal upside-down world, where people can light their water on fire right out of their tap because of natural gas contaminating their water supply, where people and animals get sick and land is destroyed. And despite all of the total craziness of what is happening, the human story comes through. The people in the film have an amazing sense of humor and sense of resilience that is surprisingly optimistic and inspiring. And this kind of honesty and shock and humor all at the same time becomes a thrilling portrait of American character. I don’t think if I made a conventional piece about the drilling it would have anywhere near the humor, the emotional impact or the poetry of what happens when you are following a first-person narration. So that was a tough decision because in many ways it was uncomfortable for me to be a director and in front of the camera. But it makes the movie.

And in this time of Obama’s election by an incredible grassroots movement and a huge amount of personal volunteerism and dedication, it is exactly this kind of personal involvement that I think is required if we are to change our circumstances with regards to fossil fuels that are inherently contaminating and destructive. If we are going to be serious about alternative energy, which we now have the technology to use to replace our fossil fuel energy consumption, it is going to take a huge personal effort to make that change. I am very personally optimistic about it.