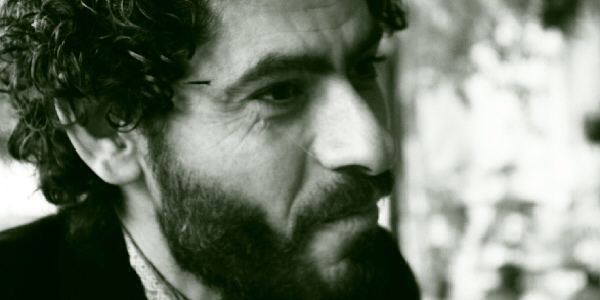 While the excellent DOC NYC is nearing its midpoint, I have decamped to Copenhagen, returning to the equally excellent CPH:DOX, which is devoted to adventurous and radical forays into non-fiction filmmaking. The selection here is huge and ambitious, mixing new work with several retrospectives, guest curations and special events. I’m just settling in today, but here are some things I’m looking forward to and hope to write about as the week goes on: The Prophet, Gary Tarn’s world premiering follow-up to Black Sun, for my money one of the most important docs of recent years; Michael Madsen’s 3D The Average of the Average about the “entirely mediocre place” of Middlefart; a retrospective and new work (The Turning, a collaboration with Antony and the Johnsons) from New York filmmaker and video artist Charles Atlas; guest curated series by Nan Goldin and Ben Rivers & Ben Russell; and “Free Radicals,” a program of new work documenting the Arab uprisings.

Related to the latter is distressing news regarding one of the festival’s filmmakers. Nidal Hassan (pictured), director (with Lilibeth Cuenca) of a film in the series, Three Stories of Life, Love and Death, has been detained by Syrian authorities on his way to the festival.

A statement by the festival follows:

The Copenhagen International Documentary Film Festival, CPH:DOX 2011, is currently confronting audiences with poignant and moving testimony to the great social and popular upheavals of the Arab Spring.

Intense, beautiful and captivating images on film tell stories from the popular rebellion of millions against tyranny and their struggle for a life of dignity and freedom.

Daily reports of violent and ongoing attacks on the civilian population in countries such as Syria and Bahrain attest to the fact that this fight is far from over – nonetheless, these people remain indefatigable in their brave insistence on their right to the most basic liberties and freedom of expression.

One of these courageous voices is the internationally renowned Syrian filmmaker, Nidal Hassan, whose film Three Stories of Life, Love and Death had its world premiere yesterday at the Copenhagen International Documentary Film Festival. To mark this occasion, Nidal Hassan is invited as an official guest of the festival. However, last Thursday when he paid a visit to the authorities to obtain his passport, Hassan was arrested. Since then, nobody has heard from him. As usual, the Syrian regime has provided no information on Hassan, and there is good cause for serious concern about his fate.

Tens of thousands of Syrian citizens are wrongfully incarcerated and arbitrary detentions continue even now, after the Syrian regime declared that it would comply with the terms of the Arab League’s new initiative for Syria – including an explicit requirement to cease these incarcerations and to release all political prisoners.

We encourage everyone to join the call for an immediate end to the Syrian regime’s violence, intimidation and attacks against those like Nidal Hassan who insist on the right to political and artistic freedom of expression.