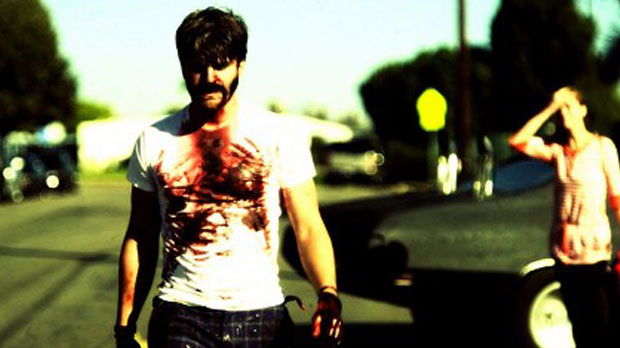 by Jason Guerrasio
in Uncategorized
on Nov 8, 2011

Originally published in our Summer 2011 issue, Bellflower is nominated for Breakthrough Director. Here Michael Tully talks to director Evan Glodell about his debut feature and how the exposure at this year’s Sundance has changes his life.

Did the Sundance selection really help you in concrete ways, like finding representation? Or is that my wishful thinking for your sake since nothing magical has happened in my life? [laughs] It changed everything. We were at our lowest point. We had the movie to a place where we thought it was good, and we had had screenings with friends of friends, people who didn’t know the people in the movie, at some peoples’ houses. Everybody really liked it, and so it was time to get it into somebody’s hands in the industry who really knew how this all works. Everyone tried to get in touch with someone who knew a distributor or a producer, someone who could do the last steps of the film, to finish it and get it out there, and it went very badly. We had zero interest. We’d talk to people who would watch it and be like, “This is not good. Don’t show anybody else this.” And then a friend of a friend called. He’d seen the film at one of the screenings and he knew we were at a low point. He said, “Submit the film to Sundance.” And I was like, no way in hell. I had $300 from working a job that week. I’d been broke for most of the time period [making the film]. I had never submitted to any film festival before, but he pushed really hard. Finally I was like, “Okay, I’ll submit to Sundance.” So I went online, submitted it, and then forgot about it. Trevor [Groth] called me a month later, and was like, “You’re in.” I thought someone was playing a joke on me. I was in the car with Joel and Jed, and when I got off the phone we just started planning. At that point I didn’t even know what a film festival was. We’re going to have to drive to somewhere in Utah, show up at one theater where there was going to be one screening, and then that was going to be it? And then we’d leave? Of course, the following day my phone started ringing off the hook. Literally, off the hook. My email, everything. This was seven or eight days before the announcement came out. Someone from the festival had told someone else that a lot of people at the film festival were really excited about our movie, and that got to the appropriate industry people. And they all just swarmed me.