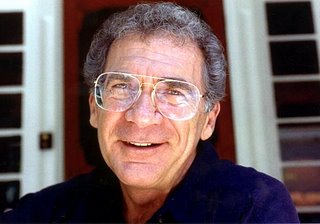 Sidney Pollack, director of such films at Tootsie, Out of Africa, Sketches of Frank Gehry, and Three Days of the Condor died today of cancer. He was 73. In addition to directing, Pollack was an active producer (credits include Michael Clayton, The Talented Mr. Ripley, and Cold Mountain) as well as an actor, appearing in such films as Eyes Wide Shut, Husbands and Wives, and, recently Clooney’s Michael Clayton.

Within the world of big-budget Hollywood moviemaking, Pollack brought intelligence, political awareness, and solid craftsmanship to projects in a variety of genres and subject matters. He was also one of the film world’s most well spoken ambassadors to the public at large. Speaking about films and filmmaking in interviews like his appearances on Charlie Rose, Pollack evinced a real passion for the craft of filmmaking and the nuances of storytelling. While still being commercial films aimed at mass audiences, his films were elegant movies attuned to both the DNA of his stars but also to the sociological and political currents of the times in which they were made.

Here is Pollack discussing Bobby Deerfield and one of my all-time favorite films, Three Days of the Condor.