Uncovering The Hysterical Accuracy In A Dangerous Method 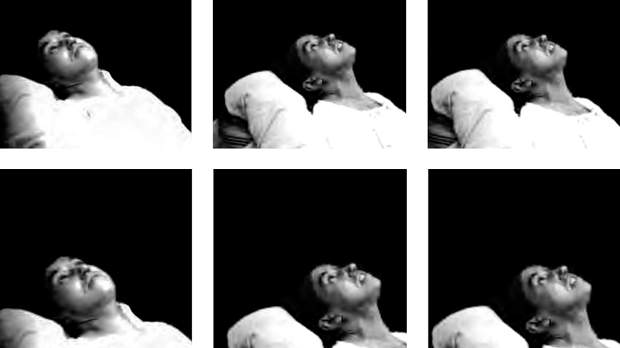 In our Fall 2011 cover interview with David Cronenberg about his film A Dangerous Method (which will be online for the first time later this week), we asked about the use of historical documentation in replicating Freud’s period. One of the most interesting notes was his use of the film and photographs of the French neurologist Jean-Martin Charcot in recreating the condition of hysteria as seen in Keira Knightley‘s character.

Cronenberg: That’s right. There was silent film of the era that we watched at that time. On one hand it’s comical, and, at the same time, it’s horrible, because it’s almost like some weird kind of self-mutilation––to deform yourself, to cripple yourself, to paralyze yourself, to mute yourself so that you can’t speak. With Keira, I said, “The face and the jaw and the mouth, I think we should concentrate on that, because she is trying to say these unspeakable things.” One part is trying to say it and the other part is trying to prevent it. That’s how we arrived at that particular performance. But it certainly makes me crazy, as you can understand, if people say, “Keira overacted in the beginning, but then she settles down and gives a nice subtle performance.” (Laughs)

Freud, who studied with Charcot in 1885-1886, was deeply influenced by Charcot’s attempt to understand the nature of hysteria, especially in Charcot’s belief that the physical contortions demonstrated by people with hysteria might have a neurological (or psychoanalytic) root, rather than being the effect of a physical injury. (Years later, out of respect for the good French doctor, Freud named his son Jean-Martin.) To document the nature of hysteria, Charcot hired the photographer Albert Londe in 1878 to be the medical photographer at Paris’s Salpêtrière Hospital. In that position, Londe devised a number of camera experiments to capture the motion of hysterics (see photo above), experiments in motion not unlike those conducted by cinema precursor Eadweard Muybridge. As such, Knightley’s awkward movements not only have a historical antecedent, but mark one of the first intersections of movies and madness.

A Dangerous Method opens Nov. 23 in select theaters. Cronenberg will be one of the Tribute honorees at the Gotham Independent Film Awards on Nov. 28.