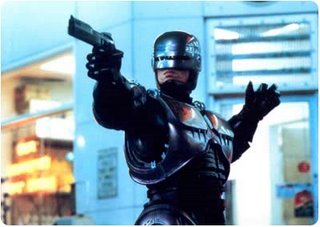 Christopher Nolan to Batman. Bryan Singer to X-Men (and I guess you could say Superman). Sam Raimi to Spider-Man. Now, Darren Aronofsky to RoboCop.

All directors who made their marks in the indie world and have moved to the studio machine. You could make the argument that out of these names Aronofsky would be the least tempted to go down this road. Is it strictly for the money, or is there a little sprinkle of youthful nostalgia?

MGM has tentatively slated the RoboCop film for 2010.