Here’s the second of our catch-ups with previous “25 New Faces” filmmakers. If you’ve been on the list and haven’t sent us an update, you can still email one to editor.filmmakermagazine AT gmail.com.

Rachel Grady and Heidi Ewing, directors, 2005: Since we were included in Filmmaker Magazine’s “25 New Faces of Independent Film” we co-directed a film called Jesus Camp that was nominated for an Oscar, and have completed television projects for CBS and VH1. We are currently making a documentary in Saudi Arabia, and producing a segment of the Freakonomics movie. In addition, we just signed on to make a film for HBO which will be completed next year. Watch out for it! 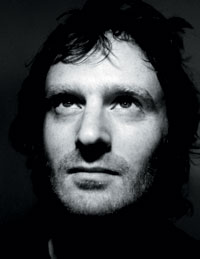 Ari Gold, writer/director, 2001: After being named a “filmmaker to watch” — a terrifying proposition for paranoiacs — I shopped around my postmodern version of a Greek tragedy, which was not something that indie producers seemed eager to make — surprise surprise! I ended up in Serbia, where I’d presented my short films, and wrote a new movie about my experiences there while our countries were enemies. The movie, like the Greek tragedy, allowed me to explore my personal and political obsessions. My first day in jail there was the first day I began to lose heart. Making movies ain’t easy anywhere.

Film’s a medium where the moment of inspiration is followed by years of work before you can even see the fruit of your idea. The frustration of this lag-time drove me to pick up a ukulele and form a band with some old friends in New York. The band ended up a great creative decision, and even a great financial one. Being in The Honey Brothers improved my stamina to make movies, because I now had an instant creative outlet that was a perfect counterpoint to the long brainy creation-process of movies.

When I finally came back to the idea of being a director (I think the Filmmaker article haunted me!), I found notes I’d written years before, while living in copper country, about an air-drumming copper miner. I made a few videos playing the character, and then realized it might be fun to see how much of my obsessions would show if I wrote a whole movie about him. A teacher reminded me that a writer’s heart always shows through, no matter how ridiculous the surface subject is. Once I finished the script I realized it contained everything I was trying to get out in the more “serious” war movies, but now packaged in this air-drumming comedy. Three years of researching, travelling, fundraising, filming, more fundraising, more filming, and editing later, I finished Adventures of Power, premiering it at Sundance in 2008, the year that indie film was being declared dead. It was a perfect reintroduction into the brutal, snarky climate of Hollywood — and, unfortunately, of indie film. The film went on to win audience and jury awards at its next festivals, and fortunately we found a lot more fan(atics) than the requisite haters, and we’re collecting a crew to bring it into the world and make some smart person a bunch of money. Probably not the filmmakers. Fine. Indie film needs to feel like the wild west for it to be creative. We’re out in this desert together. Too many of my friends have lost heart; too many stories are not getting told because of fear. Fear of snakes may be justified but that’s no reason not to go out walking. Just wear decent boots. 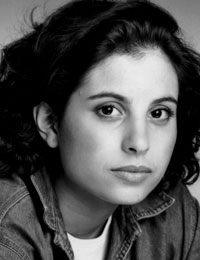 Rania Ajami, writer/director, 2004: Director and screenwriter Rania Ajami appeared in the 2004 Summer edition of Filmmaker as one the 25 New Faces of Film soon after completing her feature documentary Shadows of a Leader about Qaddafi’s female bodyguards. Since then, Ms. Ajami has completed two award-winning shorts and a full-length narrative feature, Asylum Seekers. The 2008 Spring edition of Filmmaker featured Asylum Seekers in an article about Ms. Ajami’s pioneering use of the new 4k RED camera. The free-wheeling dark comedy, which is a parody of the modern world is being sold through Shoreline Entertainment, and was produced by Molly Conners whose film Frozen River won the Grand Jury Prize at this year’s Sundance Film Festival. Ms. Conners is also producing Ms. Ajami’s current project, My Eyes Through Carnage, a Heart of Darkness-style thriller about two women who are embroiled in a search for a missing girl in an African desert territory. This will be the first Western film to shoot in Libya since the 1960’s.