“ALL MY FRIENDS ARE FUNERAL SINGERS” | writer-director, Tim Rutili 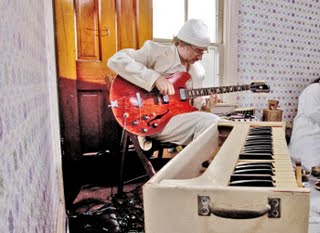 The most difficult decisions on our film were made in the editing process and had to do with balancing music, tangent and story. We had one scene in particular that looked great and had a really good friend of mine and her son acting in it. Everywhere we placed the scene in our movie seemed to throw it out of balance or clutter the narrative. The last thing I wanted to do was lose some of those shots, and I especially didn’t want to cut my friend and her kid out of our film. We tried everything and the only thing that worked was to choose to serve the story and lose the scene completely.

I called my friend as soon as I knew and told her she was cut from the film. I half expected that she would be upset by our decision but she was gracious and kind about it and didn’t kick my ass.