“ME TOO” | co-writer-co-director, Alvaro Pastor 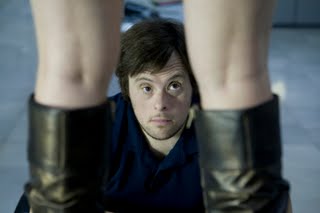 We made lots of hard decisions making Me Too. I think, in fact, directing is making decisions all the time. For both of us, me and Antonio Naharro, the hardest one was to ask for the real Pablo Pineda to play Daniel on this film. It was difficult because when we realized that nobody else could play this role we had no choice. In fact the film couldn’t have been made without him playing this kind of alter ego of himself. How it affected the film? Well, the film was mad and the work with him was so amazing and surprisingly easy that you could never imagine the film without him.

For me it was also difficult to decide if Antonio, the co-director of the film, was the best option for playing Daniel’s brother. Not because his quality as an actor but it could be very hard to work together as director and actor sharing decisions all the time. It was our first time doing that and finally the choice was good in spite of this issue because [it made] us a little bit crazy sometimes during the shooting.