GUS VAN SANT TO BE HONORED AT GOTHAMS 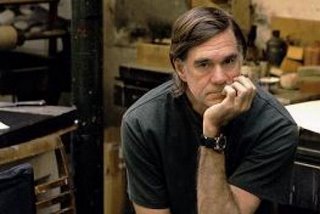 IFP announced today that Gus Van Sant will be presented with a Gotham Awards Tribute at the 18th Annual Gotham Awards on Tuesday, December 2nd in New York.

Van Sant’s next project is the bio pic, Milk, about the first openly gay man elected to major public office in the United States, Harvey Milk. Starring Sean Penn as Milk along with Emile Hirsch, Josh Brolin, Diego Luna and James Franco, the film will be released by Focus Features in select cities on Wednesday, November 26th, 2008 and then expand in December.

IFP also announced that they will be teaming with The Hetrick-Martin Institute, home of the Harvey Milk High School in New York City. IFP, courtesy of Deloitte Financial Services LLP, is donating 45 video cameras to the school. IFP hopes to work with the producers of NewFest, The New York LGBT Film Festival, to create a series of training and mentoring sessions. Select works by youth members from The Hetrick-Martin Institute and students from Harvey Milk School will be invited to screen during the next edition of NewFest (June 4 – 14th, 2009). Additionally, school administrators and students will be on hand for a Q&A following a special screening of The Times of Harvey Milk, Rob Epstein‘s Academy Award-winning 1984 documentary that received early support from IFP. The documentary will be screened as part of To Save and Protect: The 6th MoMA International Festival of Film Preservation on Thursday, November 6th.

As part of its tribute to Van Sant, IFP will also team with the Museum of Modern Art to present a public screening of Milk at the Museum on Wednesday, December 3rd.

IFP announced last month that Penélope Cruz will also receive a Gotham Awards Tribute. Additional honorees will be announced in the coming weeks.

To learn more about the Gothams, go to http://gotham.ifp.org.