by Mary Anderson Casavant
in Filmmaking
on Dec 20, 2011 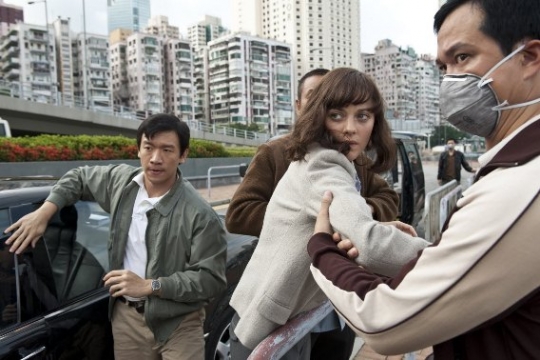 For many supposedly serious cinema folk, there is no secret pleasure more pleasurable than the disaster film. What makes the genre so familiar – predictable plotlines, one-dimensional characters and an ever-present threat that only kills the people who deserve it – is also what makes it so damn fun. In the late ’90s, people cheered when the alien spaceship blew up American monuments. A full decade after September 11th, it’s still hard to imagine that happening now. During the past decade, disaster films have become more serious, less The Towering Inferno and more District 9, but it is only in the past year that the genre started to evolve into something entirely unexpected. In 2011, disaster was back, but this time? It was seriously good.

During several interviews about Contagion, his globe-trotting, virus-chasing thriller  (pictured above), Stephen Soderbergh openly referred to it as his take on Irwin Allen,  the master of disaster behind The Poseidon Adventure and The Towering Inferno, but unlike Allen, Soderbergh refuses to privilege one character over another, giving the same amount of screen time to the hero who saves the day as he does to a girl who just wants to go to the prom. A macro look at the micro response of human beings to a global crisis, Contagion is a relentlessly paced movie that feels as ruthless as the amoral virus at its center. 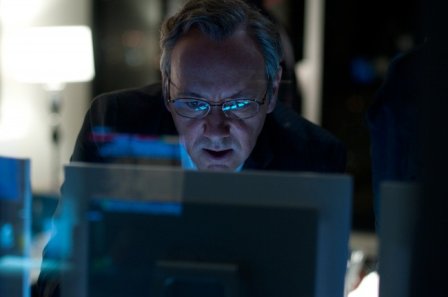 The derivative that threatens to take out the firm at the heart of Margin Call may be as ruthless as the virus in Contagion, but unlike that virus, it is not some fluke of nature. It is a threat designed by the very men now in charge of dealing with it. Set over the course of one very,very long night, Chandor’s debut never resorts to reactionary, easy criticism of the firm’s employees. He knows that at the heart of any failed system there is not just culpability but also humanity – that it’s not villains who create these problems but human beings. The result is a film that is as serious as it is entertaining, and far and away the smartest screenplay of the year.

In both Contagion and Margin Call, the threat is distressingly real but also reassuringly exterior. A threat from without can be dealt with, but how do you deal with a threat from within? In two of my favorite films of the year, Take Shelter and Melancholia, the main characters struggle with mental illnesses that are as overwhelming as a planet hurling itself towards earth. In Melancholia, Kirsten Dunst’s clinically depressed Justine doesn’t just welcome the literal planet that spells earth’s doom, she bathes nude in its bluish glow, delighting in her oncoming destruction. As she tells her disbelieving sister, “You think I am afraid of a planet?” Utter oblivion is a welcome change for someone suffering from clinical depression. 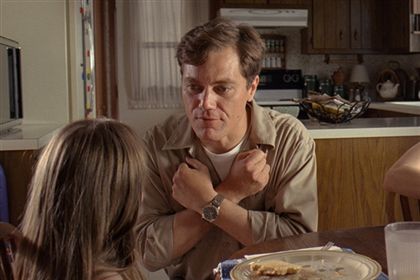 In contrast to von Trier’s Justine, Take Shelter’s Curtis, played by Michael Shannon, struggles to listen to his logical brain, the one that keeps telling him that his apocalyptic “visions” are probably just symptoms of the schizophrenia that ruined his mother’s life, but he can’t escape the nagging feeling that there’s something more to them than that – something very real and very, very dangerous. As the visions become more intense, he falls back on his instinct toward preservation, and his actions start to tear apart the very family he is seeking to save.

For most people, Curtis’ reaction is the more understandable one. When faced with an oncoming disaster, we don’t celebrate, we hunker down and seek to salvage whatever we can: our family, a photobook, our homes. It’s a desire that is close to Martin Scorsese’s heart – over the years, his film foundation has dedicated itself to protecting and preserving film prints from destruction. While his 3-D children’s movie, Hugo, played at theaters across the country, a new print of The Life and Times of Colonel Blimp, restored by his foundation, played at Film Forum in New York, and it’s perhaps the greatest surprise of the year that Hugo is as deeply serious, deeply affecting and as deeply personal as one of the greatest masterpieces of British filmmaking. 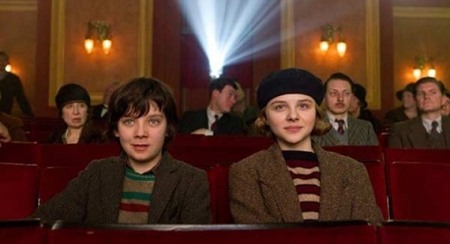 Set in 1930s Paris, Hugo follows an orphan living in a train station as he seeks to find what’s supposed to come naturally — a family, a home. A boy whose world has been ripped apart by death and fire, Hugo spends his days stealing food and winding the clocks in a train station. Like Powell and Pressburger, Scorsese’s work is always boldly experimental. He is the first filmmaker to really use the tertiary space in 3-D, finding not only the diagonals but also the curves. The result is a film with a beveled, almost global surface, one free from the rectangles that have defined film since it was first projected.

But what makes Hugo really work is that all this visual splendor is grounded in good, old-fashioned storytelling. Both Scorsese and screenwriter John Logan understand the dark truth of childhood, that it is a time of great vulnerability, one as abjectly terrifying as it is deeply delightful. Hugo is a brave little boy, but he is also a frightened one – he’s scared of being arrested and he’s scared of the old man who runs the station’s toy store, a man impossibly embittered by his fate. Finding out what made this man so heartbroken not only saves Hugo, but it also saves  two filmmakers, one being Méliès, the once-great filmmaker now the bitter shopkeep, the other being Scorsese, a legendary filmmaker reinvigorated by the visual possibilities of a new dimension in filmmaking.

Toward the end of Hugo, Hugo pleads, “I couldn’t be an extra part. I have to be here for a reason.” It is both a plea and a question, and one that of all the films mentioned, only Melancholia answers with a resounding no. In von Trier’s world view, Hugo’s quest is a foolish one. Like Justine, he seems to believe that there is no reason why we’re here, that we don’t matter no matter how much we try to fool ourselves otherwise. We’d expect nothing less from the mouthpiece of our most infamously pessimistic director, but then comes something we didn’t expect – tenderness. In her very last moment on earth, Justine builds a magical cave for her nephew to protect him and her sister from certain doom. It’s an act as loving as it is futile.  It comforts no one, not even the child, and almost as soon as she completes it, it’s lost to the abyss, just like everything else.

It’s that act of tenderness that will be the reason that I will watch Melancholia the next time I’m feeling down. After all, the world can be a pretty terrible place – a place where the works of a great filmmaker are melted down to make guns, a place where a chance encounter between a bat and a pig can will kill millions of mothers, fathers, daughters and sons, a place where office politics can destroy a world economy, a place where a couple of misfiring neurons can destroy a family, but it’s also a place where an aunt rests her hands on the slim shoulders of her nephew to make him feel better even though she knows she can’t. That may not be much, but it’s also enough. 2011 was a catastrophic year. It was a year of hurricanes, floods, fires and famine. A year of riots, revolution, violence and economic despair. But it was also a year preserved and projected on a screen. The world may come to an end, but the show, it goes on.