The International Documentary Film Festival Amsterdam marked the 11th film festival (across two continents and five countries) that I covered in 2011. Which means that not only do I probably deserve an Independent Spirit Award for journalistic insanity, but also that I’ve been under a rock when it comes to what’s been playing in actual art-houses and multiplexes for the past 12 months. So with this in mind I’ve compiled a list of my personal greatest fest hits (arranged by festival of discovery, though in no particular order, complete with quotes from previous posts) – from those that have played a theater near you, to those that will in 2012, to those that will frustratingly fall victim to the vagaries of the market only to reappear on someone else’s top DVDs list.

Steve James’s stunning look at Chicago’s CeaseFire organization, which consists of former gang members who act as violence-stopping mediators and collectively “have over 500 years of prison time at this table.” “That’s a lot of fucking wisdom,” one seasoned vet says during a meeting. Every second of its 162-minute running time is riveting. 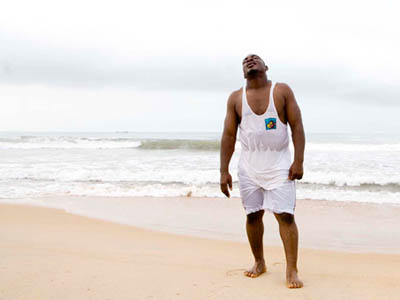 Every once in awhile a film comes along with a subject that leaves you speechless. The former General Butt Naked, the most feared — and nude — of Liberia’s rebel commanders during the country’s gruesome civil war, is now an evangelical preacher by the name of Joshua Milton Blahyi. Daniele Anastasion and Eric Strauss follow this imposing and paradoxical character with a complexity that digs much deeper than simply addressing issues of reconciliation and sincerity. The Redemption of General Butt Naked poses the very disturbing question — how much does it matter that a man who once conscripted child soldiers and massacred babies is faking his holiness if his actions are now bringing about peace? Can pure evil be a force for greater good?

“The most intelligent heavyweights ever,” theorizes one talking head in Sebastian Dehnhardt’s Klitschko, the title an infamous surname in the world of boxing that conjures up a double threat. Dehnhardt’s doc is an up-close-and-personal study of the Ukrainian brothers Vitali and Wladimir Klitschko via an abundance of archival footage melded with candid interviews with their mother and father, their trainers, and the recognizable fighters they faced, and the six-foot-six heavyweight boxing champions of the world themselves. (Slant Magazine)

Though the feature debut from Costa-Gavras’s equally self-assured son was preceded by Born Free, the filmmaker’s brutal, conceptual-art-as-war video for M.I.A. (that serves as a sort of short prequel), Our Day Will Come has little in common stylistically with anything made for MTV. In fact, Gavras, who shares a sense of humor with Lars von Trier, has crafted a “revenge of the redheads” tale as thrillingly subversive and laugh-out-loud hilarious as Yorgos Lanthimos’s Dogtooth.

(Our Day Will Come) was rivaled only by Jose Padilha’s edge-of-your-seat sequel Elite Squad: The Enemy Within, which continues to follow the fictional members of BOPE, Rio de Janeiro’s ruthless special ops battalion of the military police, who make the CIA’s questionable tactics seem wimpy. (If you haven’t seen the first Elite Squad don’t bother. This Brazilian box-office-record-setter stands alone and makes the original, an undeveloped homage to Goodfellas, look like a mere sketch.)

Cannes’s Grand Prix winning The Kid with a Bike, for example, is yet another work of art from the Dardennes. It’s so self-assured and masterfully crafted – with echoes of Truffault and De Sica in the character of Cyril (an astonishing Thomas Doret as the next Jean-Pierre Léaud), a provocative 11-year-old in constant motion who rebels from everything, even the most loving touch – that I began to resent the practically critic-proof Belgian brothers for being so consistently pitch-perfect with every film.

Another film, which I rightly assumed would rock my world, was Nokas, the latest from Erik Skjoldbjærg, best known for directing the original Insomnia. If Christopher Nolan hasn’t already nabbed the Hollywood remake rights to Skjoldbjærg’s meticulous recreation of the biggest heist in Norwegian history, perhaps Paul Greengrass should. Nokas, an abbreviation for the central cash service that provides money to Norway’s banks, is a cops-and-robbers comedy of the absurd that breathlessly employs multiple POVs and timelines, and Hitchcock’s “bomb-under-the-table” suspense tactics, to keep you on the edge of your seat, while laughing in stunned disbelief. 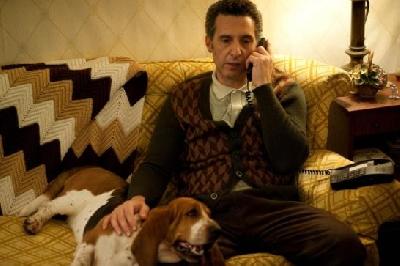 Inspired by Theo van Gogh’s 06 (1-900) this character study, starring John Turturro and wife Katherine Borowitz as Wooly and Patti, two damaged individuals on opposite ends of an adult chat line, is blessed with Di Jiacomo’s subtle and stage-worthy script (also based on van Gogh’s film). Indeed, my one complaint was that I longed to see and hear it performed live (preferably directed by Dutch theater wonder Ivo van Hove).

At its simplest and most Kafka-complicated, This Is Not A Film is a day-in-the-life doc that ultimately proves you can take the film from the filmmaker but you can’t take the filmmaker out of the film. Even as Panahi attempts to navigate around his restrictions — as if the court had only sentenced him to a real-life Five Obstructions, albeit with dire consequences — with the choice of title, and by only acting and reading his screenplay, which was rejected by the state and never made, he frets about over-saturation and asks the man filming him (Mirtahmasb was selected for the task since he’s working on a movie about Iranian directors who aren’t working) about numerous technical issues.

Vikram Gandhi’s Kumaré has been hailed as a “Borat-style experiment,” but (New Jersey native) Gandhi’s posing as an Indian-accented guru in Arizona – and subsequently gaining a real group of loyal followers – is a sweet and creative stunt designed not to cruelly unmask like Sacha Baron Cohen’s work, but to patiently reveal. The director ends up learning as much about his own self as he does about others, and proves that illusion can be a force for concrete good. What better testament to the power of cinema.

The film follows Bobby Liebling, lead singer of the hard rock band Pentagram, who, according to the crack-smoking front man himself, has been doing drugs for 44 years and has spent 39 of them as a heroin addict. (One friend of the rail thin Liebling – who often resembles a patient in the final stages of AIDS – says the perpetually strung-out singer’s “been close to death ever since I’ve known him.”) Like with The Art of the Steal Argott (along with his co-director this time) excels because the filmmakers’ own emotional investment is so palpable – thus we’re invested. The doc itself is fighting to survive, as we’re never quite sure if Liebling, still living in his parents’ “sub-basement,” will make it to the next frame.