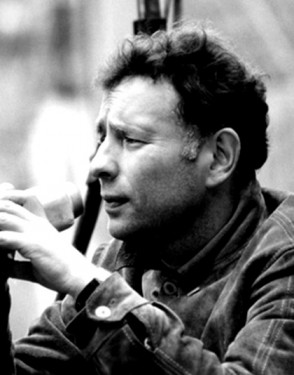 They moved me. Often deeply, in ways I failed to articulate to myself until much later. That is, of course, the whole reason I go to the movies, to have some sort of visceral, emotional (or intellectual) response, be it laughter or sadness or pain or empathy or disgust or profound understanding. Why else do it? Nothing, beside having those emotions, meets the criteria of entertainment, at least for me. See, I’m one of those lucky few that gets to travel the world just to see films. Crazy, I know, especially in this era of not so cheap oil, but it’s what I do and I love it. The consequence of this somewhat amazing vocation (calling it a career is bullshit, at least for people of my generation) is that you can become jaded and sullen, you can lose your sense of expectation, of wonder. These are the movies that reinforced those cherished feelings within me.

Xavier Beauvois’ Of Gods and Men (1/5/11, 8pm, Sony Screening Room at a press screening) was the third film I saw theatrically in 2011 (the first was Abel Ferrara’s Go-Go Tales, on a wintery night in a nearly empty Anthology Film Archives, with an ex-girlfriend whom I no longer talk to). Tales of Christian sacrifice, of affability and goodness in the face of evil and death aren’t exactly the type of thing that gets jaded critics all riled up, but Beauvois’ patient, quietly devastating film about a cloistered circle of French monks serving an impoverished Algerian hamlet as Jihadists plot their demise struck a chord with me, Anthony Lane and that noted gay Catholic, Andrew Sullivan. I wasn’t quite blinking at tears, but I couldn’t shake its grand themes, its incredible “last supper”/singalong scene and the utter tragedy of its final frames. It did to me what cinema ought to do: refresh one’s sense of the world by introducing you to a circumstance, a culture, a series of choices, that one had not, up until that point, considered fully.

Another film that moved me in ways I didn’t see coming: Park Jung-Bum’s The Journals of Musan (4/24/11, 7pm, Clearview Chelsea Cinemas as part of the Tribeca Film Festival). Hot damn. Seriously, crying. This terribly underseen movie, which opened in late summer for a week at MoMA to literally no fanfare despite its impressive series of festival prizes, is a lugubrious yet utterly engrossing film about a nearly friendless North Korean defector in Seoul and the small community of hustlers, strivers, devout Christians and introverts who have escaped the North but are relegated to the outskirts of society in the South. Shot in rough-hewn handheld low-grade DV, it is a marvel of patience and no-budget ingenuity. Its boldness in recounting the petty brutalities and indignities of this man’s dour, pedestrian and yet utterly remarkable life is one few filmmakers would venture to do with such unsparing yet self-effacing immediacy. South Korea may have found its Ronald Bronstein or, better yet, its Chantal Akerman. 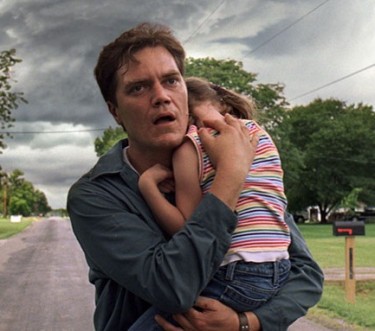 Take Shelter (Late September, Zurich Film Festival). Okay, not so obscure, a lot of love in polls, with critics (in their stupid lists), etc. SPC release. Still, it was oh so strange to see rural Ohio, a place I know all too well in its miserable, flat gloriousness, represented in such a daring way while sipping citron in a well appointed multiplex in Europe’s most expensive city. By the time Michael Shannon is considering opening up the safety hatch to his underground lair while half knowing that no storm is approaching, sure of his utter lunacy but even more keen to the fact that his greatest love, that of his family, hangs in the balance as he negotiates with his irrational fear, I had utterly lost my resolve in the face of this wonderful movie. The great economic anxieties of our times, ones I live with everyday, are so elegantly presented in Jeff Nichols’ second feature; I left this film, just as I left his Shotgun Stories a few years ago, with great anticipation for what he will do next. It’s pretty much unfair having Michael Shannon’s face if you’re an actor, just like its unfair to have Jessica Chastain’s for an entirely different set of reasons, as Terrence Malick surely found out while making his lovely, somewhat less than great but still ambitious as all hell The Tree of Life (5/31/11, Landmark Sunshine Theater, commercial exhibition).

Everybody was talking about the end of the world last year, and it wasn’t even 2012 yet, which I guess means the Iranians didn’t yet have nukes (as if… okay I’ll stop), peak oil’s real effects had hardly been glimpsed, it was only 50 degrees for most of December in New York City. Still, the end of the world as we know it was all over movie screens, with Melancholia (great), Contagion (alright, but no Traffic), Another Earth (not great), Attack the Block (kinda fun), Rise of the Planet of the Apes (didn’t see it), all finding their way to theaters. Very little discussion centered on the most plausible, scary and sneakily moving end of the world film of the year, Conor Horgan’s One Hundred Mornings (video in early 2010′, theatrically 3/25/11, ReRun Gastropub Theater, commercial exhibition sort of). An insidiously intelligent post-apocalyptic drama, it is as achingly humane and stringently observed in its own quiet way as Michael Haneke’s equally low key end of the world parable, Time of the Wolf. Like Mr. Haneke’s film, little or no exposition is given and the manipulative specter of non-diegetic music is tossed aside. We are thrust into the daily tedium, the horrors large and small, of two Irish couples who have been reduced to gardening a small plot and hoping that armed gangs or the remnants of the police force don’t steal their paltry food and water supply. While their consistently drunk but generally amiable (and armed) neighbor looks out for them and is always willing to trade some of his food for a bottle of their vodka, all alliances, even marital ones, are reduced to the provisional and the tenuous in this gloomy milieu. When a boar comes running onto the couple’s property before bolting onto Tim’s, one quickly learns how any sort of potential protein becomes a most valuable commodity in a world like this. Even the benevolent Tim, like everyone else in this film who has the authority of a weapon, can almost never transcend naked self-interest. To share could be to starve.

And you wonder what our troubles in the Middle East, ones that have hardly abetted with the “end” of the Iraq war (II!!) are all about? 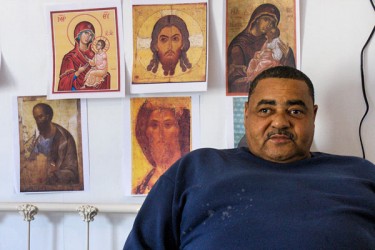 The movies in 2011 didn’t kick my ass, but they tried, especially Nicholas Winding Refn’s Drive (9/6/11, Dolby 88 at a press screening). Zack Godshall’s Lord Byron (5/6/11, ReRun Gastropub Theater, commercial exhibition sort of) really did however, and not because I was nearly drunk when I watched it. Fat black pot smoking philosophers in the Louisiana Bayou are about as underrepresented a group in contemporary cinema that I can think of and the title character in Godshall’s third feature is just that. This movie has a soul and a charm, a sense of the world it inhabits and the seemingly endless possibilities for expressing that world, that is just tremendously exciting. It’s one of those films, made for nothing with an utter naivete, that leaves you with the impression that the filmmakers had no plan whatsoever, no calculation as to how they could make their project resonate in the larger world, how they could “commercialize” it, how it would lead to a first look deal with Fox Searchlight, how it could make them serious men of cinema, how they could have all the glad-handing indie producers of yesteryear lining up to help them with their next picture, how it would enable them to treat their future crews like shit and forget the friends they used to message on Facebook with their unimaginative student featurettes, asking for desperate advice. It is simply an act of bold, immersive creation, rough hewn and carefree. Of course there’s a manifesto behind it. It’s what Alexandre Astruc (pictured above) was talking about when he coined the term “cinema stylo.” Look him up, novices. He dreamed of the personal cinema that is now ours for the taking. Go forth and make it.