STEPPING INTO THE GARDENS OF THE NIGHT 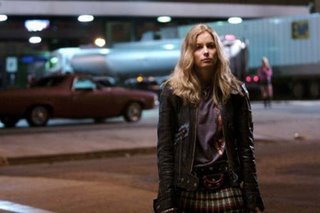 Opening today in New York from City Lights at the Village East is Damian Harris’s engrossing, heartbreaking drama Gardens of the Night. The story of abuse, its aftermath and the theme of lost childhood in general, Gardens of the Night is a tale of two children who are abducted by a pair of pedophiles (one played with troubling subtlety by an excellent Tom Arnold) and who then, years later, find their bonds together as homeless street hustlers. It sounds dark and bleak, but the film is beautifully directed and acted (particularly by Arnold, Gillian Jacobs, Evan Ross and John Malkovitch), and it shows such an understanding of its subject matter that it’s impossible to dismiss.

I read the script for this film about twelve years ago. Out of the literally thousands of scripts I have read, this one stayed with me, but I also almost hoped that Damian would never make it. That’s because I thought the material was so beautifully realized on the page but also next-to-impossible to pull off on screen. The was never a hint of gratuitousness in the script because it captured its characters’ interior worlds so beautifully. So, when I was handed a DVD of this film last Fall, I popped it in the player almost reluctantly. I then happily discovered that all the qualities that I loved in the script were captured perfectly. It’s tough, heartbreaking, and honest-feeling in its depiction of characters enduring beyond their damaged pasts. The film premiered in Competition in Berlin and, this Fall, won the FIPRESCI prize at Deauville.

For more on the film, check out Nick Dawson’s interview with Harris in our Director’s Interview feature this week. Go here for an exclusive clip from the film. And the trailer is posted below.