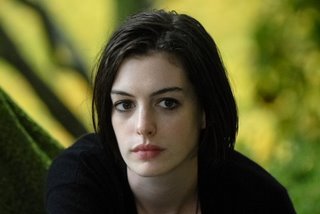 Director and producer Jim McKay (Everyday People, Our Song) sent the following email about Jonathan Demme’s latest feature, Rachel Getting Married, to his personal list. It’s a great acclamation of the film, and it nicely addresses and puts into context some of the movie’s bolder editorial choices. With permission, I’m posting it here.

If you’re thinking about taking a pass on the new Jonathan Demme film, Rachel Getting Married, because it has a weird title and because his last two fiction films, The Truth about Charlie and The Manchurian Candidate, were remakes and didn’t have the oomph that his movies typically have, please think again.

I saw Rachel Getting Married last night and want to tell you that it is a total gem. The script, by Jenny Lumet, is amazing — extremely mature and subtle and featuring complex, finely drawn characters across the board.

But it’s the absolute audaciousness of the movie itself that is overwhelming.

The rehearsal dinner toasts go on and on. We start to think, “Okay, this is too much.” But then we sink back in, we feel like we’re there, we want to eat and drink with these people and share in their celebration. The music almost never stops and we start to think, “Enough of the music, already.” And then the main character says “Enough of the music, already” and it stops — for a moment. And we embrace the boldness of the choice, Demme’s decision to bombard us with music — from every corner of the country and the world — because…. well, because he loves music and he wants to share it with us. Yes, Demme loves music but more importantly — and here’s why the film is really a success — he loves his characters. Their joy, their flaws, their bickering, their insecurities….

It’s beautiful to see a director so deep into his career making a film that is so personal and so adventurous. Not adventurous on some meta level, but a film that challenges mainstream narrative conventions, that has an actual personality, that you, as a viewer, experience in a completely different way. It’s the kind of movie you’d expect to have come from an emerging French director, but with all the smarts and sophistication and life experience that a director like Demme can bring to it. And a humanism and an optimism that is very, very rare.

None of this addresses the amazing cast — incredible performances across the board by all the leads and inspired casting choices like Fab Five Freddy, DJ Anita Sarko, poet Beau Sia, sax player Donald Harrison Jr., Demme regular Paul Lazar, and Demme’s “Cousin Bobby” and his son, Brooklyn.

I don’t know — I have a feeling the film might not be for everyone. Maybe some of what I just wrote is over-the-top. Maybe I’m caught up in some kind of post-election emotional mess.

All I know is that I laughed a lot, I bawled my eyes out numerous times, I broke out in weird tears of joy while waiting in the lobby afterwards (I think I was literally so happy just to have seen something so wonderful), and the film inspired me to think about my own life and experiences and to see the world in a little bit of a different way as I walked out of the theater and into the Brooklyn night.

I hope you get a chance to see it while it’s playing in your town.