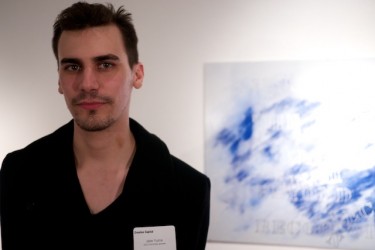 At a reception last night at the Ronald Feldman Gallery in New York, Creative Capital announced its 2012 Film & Video and Visual Arts grantees. Among the media artists are a number of names familiar to Filmmaker readers, including 25 New Face directors Cam Archer, Matt Porterfield and Yance Ford. Others who received grants include L.A.-based director Nina Menkes, veteran experimental filmmaker Ken Jacobs, and Rooftop Films head Mark Elijah Rosenberg, who, as a director, will tell “a multimedia, fictional story of an astronaut heading to Mars alone on a one-way mission.”

“Our grantees span artists from 27 years old to 77,” said Creative Capital Director Ruby Lerner at the event, before going on to explain the organization’s unique mission, which involves not only granting artists funds for their projects but also working with them to hone their professional skill sets. For Creative Capital, both making work and making a living while making work are prioritized, and the organization’s hopeful stance is that it’s not only possible to do both but fulfilling to do so. At the reception, in fact, Feldman cited a study that asked artists over 65 if their career in the arts had been worth it. “Their answer was a unanimous ‘yes,'” he said. 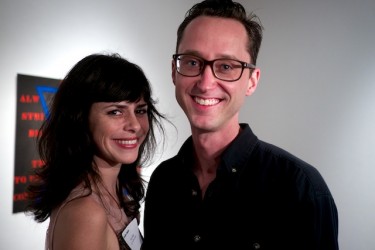 Among the projects supported this year are “a nontraditional documentary that uncovers the underground medical industry of ‘curing’ homosexuality in India (Sonali Gulati); a hand-drawn, animated feature about characters in two different worlds connected by unlikely threads (Christopher Sullivan); a film that investigates the relationships between factory workers and the objects they produce (Daniel Eisenberg); a documentary about people who make the decision to disappear and disconnect from their pasts (Robert Bahar & Almudena Carracedo); a coming-of-age story of a first-generation Somali immigrant high-school girl in Minneapolis (Jake Yuzna); and a film about the American auto industry as a manufacturer of personal identity (Jesse Sugarmann).”

Minneapolis filmmaker Jake Yuzna (pictured above) will make Werewolves in the Mall of America, described as “A coming-of-age story of a first-generation Somali immigrant high-school girl living in Minneapolis… a poetic, emotional portrait of the new face of American culture emerging at the dawn of the 21st century.” Matt Porterfield and Amy Belk (pictured center) will make Take These Broken Wings, “a blend of fiction and non-fiction about “a 35-year-old man who is under house arrest for drug charges and living with his father.” Kenneth Jacobs (pictured below with wife Flo) will make Cyclone, in which digital still photos of flowers will be repeated in such a way that “the rhythmic shutter interruptions are softened and the depth illusion enhanced by replacement of the black intervals (flicker) with repeats of the same sequence of photographs in their complimentary colors.” 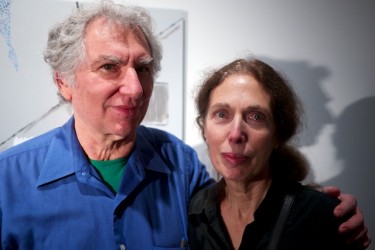 The complete press release and list of all artists projects can be found at the link.