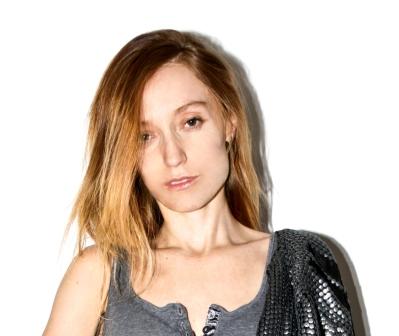 I didn’t have an option, when I was 7 years old I felt “the calling”, I knew since then what I wanted to do with my life: become a filmmaker. Since then, it has been pretty much like being passionately in love with somebody, why do we fall in love with some particular person and not the next? It doesn’t really have a rational explanation -at least not for me- you are just in love. During the years, I have tried to give it a sense, so here goes my best effort. In retrospective I think it has a lot to do mostly with two things:

First: I grew up during a very harsh dictatorship, as a child of a family against the regime I was aware of the danger we were living in every single day. I did my first movies at 8 and even though it was kind of a The Godfather saga like, you can see in all of them how the violence was infiltrated deeply in our childhood, all the character have guns, everyone died, a lot of betrayal and undercover evil people where there, in those childhood frames. In Chile the good people was being tortured, the good people died and disappear in a daily basis. No one from the media recognized this situation. So I guess movies were a scape, a place were things had an order, were good people could always win and evil was punished and vanished.

Second: In my family we didn’t have a TV because my parents didn’t want me and my siblings growing up watching TV, so my weeks were divided between a lot of reading and going three times a week to the movies. I remember watching from Karate Kid to The Sacrifice of Tarkovsky. When the lights went down on those huge art cinemas of that time, and I could only see one other guy sitting down smoking a cigarrete I remember feeling a deep peace and a very strange excitement at the same time. Under that spell, I even saw Paris, Texas three times in one day, because I didn’t want that shared life with those characters to never ever end.

And why is film the medium? Because I cannot simply conceive another, I wish I could. I wish I could solace in the solitude of writing, I wish I had the talent to paint or to write a song, but the true fact is, the happiest I am is when I am on a set shooting. I like to work with a crew, I like all those other talents pushing with you for one single idea, I like that is difficult, I love how you get lost in the movie and it can have a million different shapes, I like to discover the shape, I like the process, I like to create a frame were everything you see is put in there for a reason, even if I’m not sure what that reason is. For me cinema is so deeply complex and mysterious that I felt attracted to it like to the deepest abyss, or to the brightest light. Honestly I can’t see myself doing anything else. Someday I really wish I could because when you are so deeply in love your heart can be seriously broken. Let’s hope it never happens.