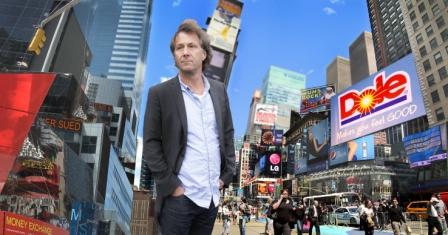 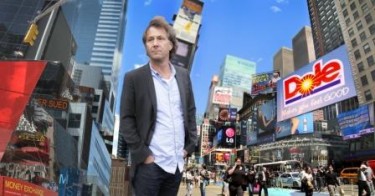 1.  Why are you a filmmaker?  Why did you choose this profession?

Do we really choose professions?  I have done many different things in my life, from hard labor at a shipyard to starting up a musicians co-op record company.  I worked as a journalist for years and had a weekly column in a daily in Southern Sweden/ I also worked as foreign correspondent for national radio, newspapers and magazines and hosted a TV show on the swedish king Charles XII and Tzar Peter the Great set in Ukraine, Moldova, Estonia and Poland two years after the fall of communism.  After more than 10 years covering hot spots like South Africa, Chile, Nicaragua, Lebanon, South Korea, and the Philippines, I wanted to focus on fewer stories with bigger impact. Documentary film seemed like a challenge, I did one and then one more, and kept going.

2.  Why is film (as opposed to other art forms) the medium you chose to tell this story?

There’s a tsunami of information out in the world.  But information alone is not enough to change the world.  A good story told in a condensed way with characters that are good on camera can reach so much further.  The combination of images, sound and music is still very strong.

This time, with Big Boys Gone Bananas!, I had a very good story to tell.  In May 2009, my lawyer told me that I would be sued by food conglomerate Dole Food Company if I screened my documentary, Bananas!, at the Los Angeles Film Festival  in June 2009 – of which it was invited to participate in competition.

I felt that I had to show my film, because if I didn’t fight for it, nobody else would. So to protect myself I hired a film crew to follow me in LA to document getting served with papers.  This documentation of our own crazy battle with Dole gave us a framework of a film.  If you know you have the dramatic arc, you can focus on making the story bigger and deeper.  This is not easy and not always fun, but that’s what we, documentary filmmakers do. We keep fighting until we have a film that can travel into the hearts and minds of our audience.

When a film reaches my emotions I am more open to what’s hidden behind the lines.  Film can do that.  It can tell a story in a way so it stays with you.  Big Boys Gone Bananas! was a special challenge. I am not normally a character in my own films.  But this time, I was forced into the center of the story.  It was my encounter with the mighty giant Dole that I had to tell.  Complicated, yet at the same time good, I hated all the footage and my one hundred bad hair days.  But by being the subject of a major attack by a corporation I had seen a pattern.  I saw first hand how scare tactics from a major corporation works, how “information spin” becomes powerful and how much media control a corporate giant can leverage.

I had to travel back and understand how DOLE did all of these things.  They were successful in the United States – but not so strong in my country, Sweden, where we received tons of support.

In the US, Dole shifted the focus of Bananas! off of them (where in court it is on record and was filmed that their CEO admitted to the continuous use of harmful pesticides for their workers) and to dis-crediting the lawyer who represented the banana workers.  Then, they shifted that focus onto me, the filmmaker.  So in making this sequel, it was important to film and document everything.  What became clear throughout this lawsuit madness was Dole’s message to any journalist or filmmaker – don’t even try to come up against us.

So, film is extremely important to tell this story – so everyone can see up close how these tactics were in play and how this large corporation behaved.

4.  Talk about an experience during the filming of this film that made you realize that film is the best and most important way to tell this story.

With the LA Film Fest premiere screening of Bananas!, we had been through an extremely intense journey. After the first screenings and then the lawsuit, our journey got even longer and harder.  With prolonged working days floating over the 9 hour time zone difference between Sweden and California; talking to my lawyer almost every week for two long years; and at the same time, travelling with the film giving interviews, reading legal documents and juggling being a good father, filming Big Boys Gone Bananas! became more than a full time job.  It was extremely overwhelming and it became my life.

Editing the material we shot documenting our own struggle was truly an emotional journey back in time.  When I went back to Los Angeles in 2010 to do interviews for this film, it was a cathartic experience.  With film, it allows you to travel back in time, trigger memories and perhaps understand what really happened then.

The biggest challenge in this project was of course to leave behind part of these private memories that made me angry and instead focus on the facts and raise up those experiences that we as citizens of the modern media speedy world need to talk about.  I had good help from my editors and my narrative consultant.  They helped me to keep my wits about myself and to tell a story that was deemed in facts without the emotional roller coaster personal feelings that I had while being attacked and sued by this huge powerful corporation.

This was not an easy journey or process, but I am very proud of Big Boys Gone Bananas!.  What is even more important is the fact that Dole wanted so badly to suppress the banana workers’ story from the first film and stopped at nothing – even threatening film festivals and sponsors and ultimately suing me and my company in an effort to financially hinder me.  But, what happened instead, was the making of this new film Big Boys Gone Bananas! which is allowing us once again the opportunity to re-tell the story of these banana workers and how they were endangered by Dole. Only this time, it is the power of the people that  ultimately wins.