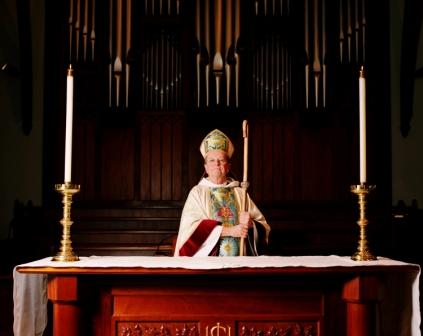 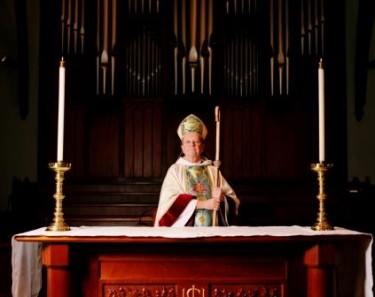 Last night, I was at a holiday party and I saw my five year old daughter in a silver-sequined dress through the lens of someone else’s video camera. Christmas lights shone in the center of the frame and my daughter glistened to the right of the frame. For a second, as she danced in front of the camera, I saw her as I knew her most truly to be and had never seen her before.  It is for such moments of revelation that I am addicted to documentary film.

Sometimes it fails. A searing experience too often loses its power when the footage is screened and edited. But when life at its most beautiful or most shattering is reflected and even heightened through the art of this medium, it feels like more than witnessing a miracle; it feels like performing one – which is totally hot.

When I spoke with openly gay bishop Gene Robinson about following him through a particularly harrowing period that he was about to enter, I told him that talking to him was like talking to Joan of Arc, in a time when a doc crew could capture the drama of the church/state firestorm he had found himself in. He laughed but said that it was true – he was caught in the crosshairs of cultural change and it was important to record it along the way, so he invited me to follow him for the next four years.

The experience has been packed with revelation, some lost on the camera but many captured. One of these moments was at a London church that had invited Bishop Robinson to preach even though the Archbishop had forbidden churches from doing so. It was at a time when Bishop Robinson was receiving daily death threats, just because he would not step down as a bishop who was openly gay. In the middle of the service, a congregant jumped up yelling “Repent!” in such a violent tone with a motorcycle helmet under his arm, his hand stuck inside the helmet, and a straight shot at the Bishop. For a full two minutes, the crowd negotiated what to do, knowing that Gene was completely vulnerable. Spontaneously the crowd decided to clap to drown the heckler out and then sing a hymn at the top of their lungs while a handful of brave folks got the man away from Gene and out of the church. Then, the church become stone silent, Gene stepped forward and he continued his sermon on facing down fear, his voice cracking, visibly terrified, but refusing to be intimidated.

This scene, I believe, has held the power of the moment. It is for moments like these, and courageous stories like Bishop Robinson’s, that I love this medium.