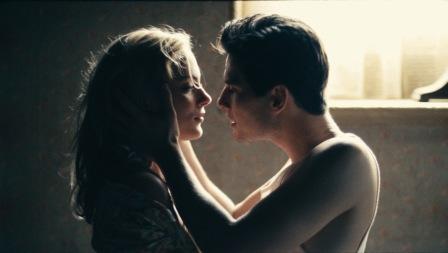 by Filmmaker Staff
in Sundance, Sundance Responses
on Jan 27, 2012 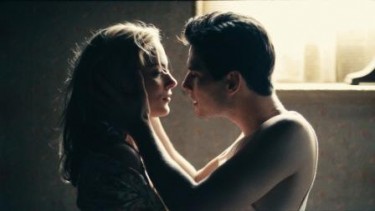 There are so many reasons why we chose film as our medium to tell stories.   The fact is we’re children of our culture (how could we not be?) a culture of the mash up: of so many forms of expression constantly mixing and intertwining in all of our daily lives.  Well, film is the only medium where you get to combine so many of these forms of expression simultaneously: literature, music, photography, visual art and theater, all in your own unique way to create a singular vision that can reflect life, contemplate it and, if you’re lucky, for a moment even crystallize it.

There’s the joys and trials of actually making the film, the constant planning, the problem solving, the limitations you encounter before, during, and after production, and the re-imagining these limitations force you to do that constantly keeps you fresh, sharp and creative in trying to tell your story in the most compelling way possible.  This is to say that it is often the most frustrating difficulties of making a film that lead to its greatest joys.  When you can say that about your chosen field, that’s a pretty cool job.

Then there’s the communal aspect: in making a film you’re constantly being challenged, surprised and inspired by so many interesting, talented people every day as you collaborate to bring this vision to life.  No matter how simple or complicated, playful or important the project may seem, there’s always that joy of creating with friends or colleagues that, when all is said and done, goes back to the simplest days of being children.

Also, with film you have an opportunity to play with time in ways that, obviously, you just can’t in life (move forwards, backwards, even stop time) to make sense of things, to make amends, to speak to issues that are important to you or even just for the sheer joy of it.  Because of this, in many ways, making a film is the closest you can come to literally creating dreams.  Since The Words is a story that mixes characters, time, fiction and reality in its own unique, and sometimes dream-like way, it seemed only fitting that if it were ever to come to life it would be as a film.

But the last, most simple and most important reason that we have chosen film as our medium is that we love movies, all kinds of movies, and we always have. We’ve been watching them together since we were kids, and we’ve talked about wanting to make them for as long as either of us can remember.  To grow up and finally be able to do it, well, what can we say about that other than there’s really no job quite like it, we’re very lucky, and we wouldn’t want to do anything else.