JON REISS TELLS YOU HOW TO SURVIVE AS A FILMMAKER 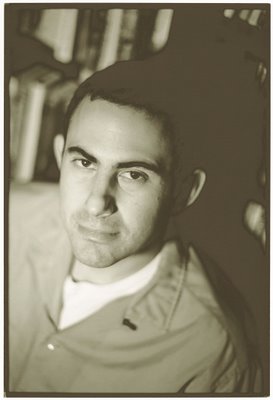 Jon Reiss’s piece on self-distributing his feature Bomb It in the current issue of Filmmaker is testament to his abilities as a smart DIY filmmaker. A couple of links crossed my screen this morning related to Jon, and both offer more ways you can get information from him that will help you and your films. First, Jon has joined Mindshare, the relatively new consulting service offered through the Workbook Project. Visit the page to read more about Jon and other members of the Mindshare team and how you can access their expertise. Second, on his own blog Jon Reiss writes about further ways in which he’ll be passing his knowledge on to you.

This post is a response to Ted Hopes post on the Truly Free Film Blog today: “I am committed to destroying the myth of the starving artist”

I developed and teach a class at Cal Arts that addresses Ted’s concerns about making a living as a filmmaker. It’s called “Reel World Survival Skills: Everything I Wish I Had been Taught in Film School”. I developed the class because I as the title suggests, I would have been greatly served at the beginning of my film career had I been taught some very practical skills while I was attending the UCLA film school -at that time in my case – pitching.

While teaching for the past 8 years at LMU and I Cal Arts I noticed that the curriculums were still not teaching skills to prepare students for making a film career once they left school. So I developed this class – in addition to pitching it covers literary rights optioning and development, basic film contracts, financing, LLCs and web fund raising, grants, getting a job out of film school, writing resume’s and cover letters (which most people are shockingly deficient in), music videos, commercials and webisodes and then of course the fun wide world of film distribution – making a career from the films you make. The distribution component includes an overview of old distribution models but then leaves those behind for the new hybrid approach to distribution including: new film festival strategies, DIY theatrical and non theatrical distribution, DVD distribution, digital rights, traditional and non traditional marketing, Web 2.0, and most importantly new strategies for developing audiences – for your film and the film community at large.

I am currently in the process of writing a book based on this class – which I hope will be out next year. I am also preparing a weeklong crash course to offer to film schools based on the class and weekend seminars to offer to non film school folks. For the class I have assembled a ton of documents, contracts and articles that I give out on CD Rom. I am actually going to start posting these to my website by the time my 2nd article comes out in the next issue of Filmmaker Magazine. You will be able to sign up and download these documents for yourself. If you have any interest in any of this drop me an email at jon AT jonreiss.com. You can also sign up for the mailing list on my website www.jonreiss.com to be notified of when the documents will be loaded, when the book is coming out or any seminars.