SUNDANCE: MISTAKES WERE MADE 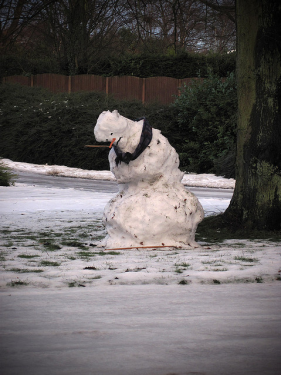 In the interest of community-building and vulnerability, I have decided to share some of my most humbling Sundance mistakes and the subsequent lessons learned in the five years I have attended the festival as an assistant, journalist, lab fellow and producer.

Through either sloth or lack of funds, I have always found myself on a connecting flight into Salt Lake City in the middle of winter. This has been a lucky break in some ways (the time I had to share that hotel room in Chicago with the nice lady who worked in biochemical fuel systems; the time I got to hear Filmmaker Magazine editor-in-chief Scott Macaulay’s life story over several hours stuck in a Sbarro’s pizza in ATL.) Mainly though, it has caused stress and lots of desperate phone calls to the kind folks who run SLC Baggage Hotline. Lesson learned: Stuff your carry on with enough clothes and power chargers to last at least two days, even three.

I almost lost a very good friend through the hysterical-fed-exing-of-house-keys that ensued the year I forgot my business cards. Upon shipping them to me, she forgot to check “Saturday Delivery,” a hideous mistake given the Important Networking to be done over the first weekend. But I had only myself to blame. This year I gave out my keys early and packed enough cards to last me a month.

Ice in Utah is really slippery. REALLY slippery. I learned that the hard way the time I came this close to breaking my leg outside the Yarrow going to my first press screening and had to hobble around in the private shame of a twisted knee for a week.

4. THE BUS STOPS HAVE EARS

Long story short, don’t gossip on the shuttle. Or drink too much at a Kodak party and get on a bus late at night and badmouth someone’s movie. You also never know who is sitting next to you in a theatre before the movie starts, so… keep it clean.

5. SUN IS BRIGHT; SNOW IS REFLECTIVE

Sunscreen and sunglasses on a snowy mountaintop? But it’s so cold! Yes, said the once-badly-sunburned person.

6. YOU DON’T FEEL DRUNK BECAUSE OF THE ALTITUDE

But you are, and you’ll regret that fourth free promotional cocktail tomorrow.

7. HANG WITH PEOPLE THAT HAVE EXPENSE ACCOUNTS

Do this regularly and somehow, somewhere, there will be a free steak on your plate. Just keep smiling and swear to pay it forward.

8. THERE IS NO RIGHT PLACE TO BE

I was there when Jeff “The Dude” Dowd got punched! It made me hyper-aware forever that even if you can’t get into whatever silly party your friends are at, life is happening all around you.

9. BOOK A SHUTTLE IN ADVANCE FOR BOTH LEGS OF YOUR AIRPORT RIDE

I just did this online, and it inspired this whole piece. Express Shuttle. Or brush your hair and look for the guys with SUV’s waiting outside. Wink.

I am all for it, in any context. Write “Eccles” on a little sign, stand in the road, and watch the world become your oyster.

This will be the first year I’m staying longer than the first Tuesday. Any tips for the second half of the festival? Leave in the comments section!