WHAT IF YOU DIDN’T GET INTO SUNDANCE? 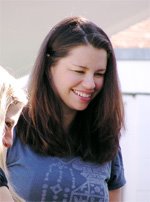 Take solace — there are a lot of you. Sage advice comes from Heidi Van Lier, author of the Indie Film Rule Book, at her new blog at Film Independent.

One wounded filmmaker already had a plan in place, and they’d already rallied the troops. They were suffering as much as anyone. They’d been blindsided, too. But they had the clarity to ask if I would meet with them to help them with strategy in the following week, come up with a new game-plan to sell their film themselves. And they had already called several other people as well, wanting to get feedback from everyone they know who’s been successful in indie film and figure out a way to move forward despite Sundance and Slamdance not embracing their film. It seemed like they’d been working on this plan all month, and they were just waiting to hear if they were going to need it. But this is why this filmmaker is going to be very successful. They know how to roll with punches and even get knocked back a bit, and still jump right up and brace for more. And this is why this filmmaker will keep making films that only get better and better. And this is why this filmmaker already has a rather large TV deal in the works. But honestly, this filmmaker’s film is SOLID, it is just good filmmaking, and it’s just a fluke that they didn’t end up at Sundance or Slamdance this year… just like it’s probably a fluke that your well-made film didn’t end up in Park City this year either.