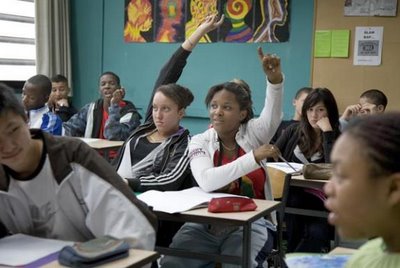 I always find it difficult to put together a “Best of” list every year because no matter how many films I see I always feel I haven’t seen enough to make an honest list. This year has been even more difficult because so many titles have been pushed to the end of the year. So with that said here’s a collection of titles in no particular order that I enjoyed (most of them really loved), but I feel there are so many more I still need to watch (particularly, Frost/Nixon, Gran Torino and Ballast – yes, still haven’t seen it):

As you’ve already read by many who’ve contributed to our year end posts, it’s been a strange year for many reasons. For films in particular it all depends on who you talk to when you want to find out how this year was. Some critics (both working and no longer) will tell you it wasn’t a strong year, but if you look at box office numbers as a whole it was a pretty strong year. I don’t rate a year from either. For me, it’s the moments in films that I take away with. And there were many of them. Some from this year that continue to stay in my mind: Marina Zenovich masterful intercutting in Roman Polanski: Wanted and Desired of the judge’s bizarre orchestration of how he will rule on the Polanski unlawful intercourse case with Polanski’s short film The Fat and the Lean; the opening bank heist scene in The Dark Knight; the first 20 minutes of Wall-E; the last scene in The Wrestler; the amazing special effects in Benjamin Button; and the 22-minute 1-take scene in Steve McQueen’s Hunger. For those who’ve seen it that’s all I have to type, for those who haven’t this is a little teaser for why you should see this film when it comes out early next year.