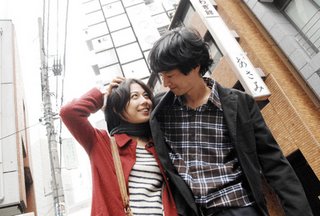 There’s a superb interview with Michel Gondry by Nick Bradshaw up on The Guardian’s film page. It’s great because what starts off as a straightforward dialogue about Gondry’s judging of a short online film competition for Babelgum riffs off into a wide-ranging discourse on the problems with contests, censorship vs. self-censorship, the siren call of the web’s dark places, the challenges involved in music video creation, and why his short Rubik’s cube videos got him more props from Kevin Spacey than Eternal Sunshine of the Spotless Mind.

I think you should be able to censor yourself. If you allow censorship then it’s always going to be used to give more power to people who already have power. I think your brain goes in waves – sometimes you feel strong, like in the morning, and at these moments you could make a decision that stops you being weak another time. Like drink dialling, that’s terrible. They should have systems on your computer: you’d have to do mathematical equations before you go on the net. Then you could not email your ex-girlfriend and tell her how much you love her, which is the last thing you want to do when you’re sober.

Or let’s say I go to this dirty website and do my dirty business, whatever it is: then I regret it, and I should be then able to censor myself. Then the next time I want to go, I’d have made a decision when I was in a better place in my mind. That’s how censorship should work, but no one’s going to bring out the tools to do that. It’s too bad because I think it would be a good idea. That’s my new policy – self-censorship.

By the way, Michel Gondry’s third of the anthology film Tokyo (pictured), which opens soon, is absolutely lovely. The story of a couple crashing in a very tiny Tokyo apartment while searching for both work and artistic fulfillment, it unfolds with the uncanny logic of a dream both disquieting and comforting. Highly recommended.