MIRANDA JULY AT THE RUBIN (AND THE CHELSEA) 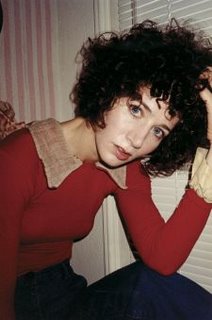 In addition to a spectacular weekend of New York City movie-viewing opportunities, which Michael Tully has thoughtfully laid out for you at Hammer to Nail, the writer/director/artist/performer Miranda July will be participating in the second annual Brainwave Festival at the Rubin Museum in Chelsea. July will be joining a line-up that includes Paul Simon, Lewis Black, Darren Aronofsky, Eric Fischl, Mario Battali, Tom Wolfe and Laurie Anderson. The various talks and presentations all, according to the website, deal with “intersection of mind and matter” and many pair artists with neuroscientists.

July’s event, which takes place Saturday, March 7, at 6pm, is described thusly: “Indie-filmmaker and writer Miranda July discusses the spontaneity and planning of performance in creating her film Me You and Everyone We Know and writing the short story collection No One Belongs Here More Than You with Columbia University psychologist George Bonanno.”

July is interviewed today by Billy Parker at the Gothamist, and she discusses one of her favorite places to stay in New York:

When I was promoting the book, as I mentioned, I often stay at the Chelsea Hotel. So when the publisher was putting me up, I think they probably would have leaned towards somewhere a little nicer than that. But when I insisted on the Chelsea, I think someone just said, “We’ll get her the best room there, which is probably still not that much.” But you know that place is run by sort of insane people so they have a place that I think no one ever rents which is essentially like a house, that is many bedrooms and bathrooms. So that’s where I stayed and I was there for like more than a week and I had a couple of friends stay with me in the other bedrooms. It was a very bizarre New York experience. And actually I think my birthday happened or something and we decorated with balloons and streamers so it got even weirder. The extra funny part was when we were checking out it was actually extremely expensive, like more than the fanciest room anywhere. So that ended up being a humbling moment because it wasn’t clear yet that my book was going to sell at all and I was like, “Well, I hope it’s just enough to pay for this room.”