@SXSW: FOR THE LOVE OF FAIR USE 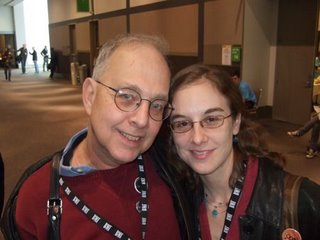 Sub-theme for me at SXSW this year: Fair Use. A day after posting my article on Tommy Pallotta about his American Prince, which employs a Fair Use strategy to include film clips illustrating doc subject Steven Prince’s life in the movies and relationship with Martin Scorsese, I run into Gerard Peary, who is here in Austin with his doc For the Love of Movies: The Story of American Film Criticism. His film includes interviews with critics like Andrew Sarris, Pauline Kael, Roger Ebert, Harry Knowles, Karina Longworth and Elvis Mitchell, and it also includes clips from the films they talk about. For the latter, rather than formally licensing the clips from the rights holders, Peary relies on the doctrine of Fair Use, which holds that limited use of copyrighted material can be employed within educational or journalistic contexts.

Before relying on Fair Use, Peary researched the doctrine and employed a lawyer, Karen Shatzkin, who is an expert in its use. With Shatzkin overseeing Peary’s approach, he and producer Amy Geller (both pictured above) were able to secure E&O (Errors and Omissions) Insurance, meaning that a distributor willing to pick up the film is insured against a claim from a rights holder.

Central to For the Love of Movie’s use of clips from films like Titanic and Psycho is, as Peary says, the idea that “the words of a critic talking about a film changes the footage. It is a transformative use.” Peary says he spent months researching Fair Use; “we did not use it in a flippant way,” he adds. He also argues that the nature of the film, which is a celebration of the relationship between journalism and cinema, is its own argument for Fair Use incorporation of clips. “Our movie is a very ‘pro movie’ movie. We are using clips in a very respectful way. Anyone who would sue us, would, we hope, would take into consideration that we are not trying to attack cinema, we are trying to expand cinema.”

Still, the challenge for Peary and his film, which he has been working on for eight years, will be whether various distributors sign off on his Fair Use claims. “The interesting thing is that when even Fair Use is established, especially with television, which is the place you have the most potential to sell [a documentary], you still need television to accept Fair Use, and that doesn’t seem to be always the case. The TV stations are seemingly still very cautious. I think theatrical [distributors] are a lot less cautious, and of course film festivals are a lot more open about it.”

For a longer discussion on Fair Use issues with another filmmaker here at SXSW, check out Alicia Van Couvering’s talk with RIP: A Remix Manifesto‘s Brett Gaylor.

See the trailer below:

Click here for the rest of our SXSW 2009 coverage.