SHORT WATCH: HAMMER TO NAIL WINNER “ONCE IT STARTED IT COULD NOT END OTHERWISE”

Aaron Hillis, David Gordon Green, Hammer to Nail, Kelly Sears, Michael Tully, Once It Started It Could Not End 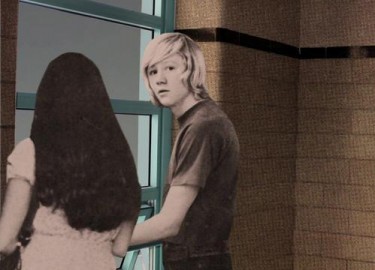 Over at Hammer to Nail, Michael Tully has announced the winner for the inaugural edition of his monthly Short Film Contest. This month’s winner, Kelly Sears’ Once It Started It Could Not End Otherwise, is available to watch online, and it’s unforgettable; a nightmare-ish collage of refracted high school memories, manipulated yearbook photos, and an escalating sense of dread.

You can stream Once It Started It Could Not End Otherwise over at Vimeo. My advice – don’t watch it at work unless you want your coworkers to see your terrified face.

Previously supported by Rooftop’s Filmmakers’ Fund, Sears’ short was chosen by a panel of judges including filmmaker David Gordon Green, reRun Gastropub curator Aaron Hillis, and Hammer to Nail editor Michael Tully. As part of her prize, Sears will receive fee waivers to several major US film festivals, as well as a full review on Hammer to Nail (which you can read here.)