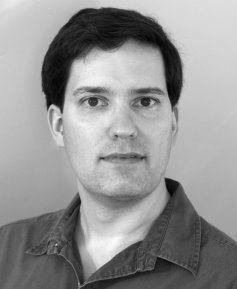 After Last Season director Mark Region is as mysterious a presence as his film is within today’s independent moviemaking community. After Filmmaker wrote about the film a couple of months ago, I’ve tried to get more info on him and his film. However, after the trailer went viral and the film seemed a new cult hit, the production company, Index Squared, has taken a very low-key approach to promoting the movie. But I was able to get in touch with one of the lead actors, Jason Kulas. I asked him some questions about the film over email, and he sent me the below response a few days ago. It gives us a lot more info on the film, which opens today in Lancaster, CA, North Aurora, IL, Rochester, NY, and Austin, TX.

I haven’t seen the film, so I don’t know everything about it, but as the male lead, I was around for most of the shooting.

I’ve noticed questions about artistic intent, but those questions would be better discussed with the writer/director, Mark Region.

As Mark already explained in an interview, we shot a feature length film. It was shot on 35mm. From all I know, the trailer appears to be an accurate preview of the final product.

As for a little behind-the-scenes info, this was shot in a process that seemed unique to me. I’ve done around 20 shorts & features, as lead and supporting roles. But this was my first on film (35mm), which made things interesting. The shooting method was pretty efficient, both on time, and film stock. On video I’m used to multiple takes, and standard coverage (master and close-ups). That gets expensive on 35mm, and of course it’s time-consuming, and this wasn’t shot quite that way. To use time, and film stock efficiently, a number of times Mark didn’t shoot the scene, but rather just individual lines from various scenes, out-of-sequence, in close-up. He planned to assemble these shots in editing to form the scene. Mark seemed to already have the entire film visually in his head, right down to what shots, angles, masters, and close-ups would be in a scene. Because of this he could shoot only what he knew he needed, and time and budget didn’t get
expended on extraneous coverage.

This allowed him to do things like have 1 setup, like a close-up on one actor, and he’d have them perform just line 18 from scene 80, then line 12 from scene 20, etc. With a little attention to remaining footage, this approach let him pack dialog lines into every last bit of film before retiring that reel, and without having to move the camera or lights. While I would say I prefer performing full scenes, with a partner, more often, it was a new challenge to tackle work that way and learn how to work with this approach.

Of course, this made for a little extra pressure on the actors. Mark hoped to get most of the shots in just 1 take, which he generally did. And of course you had to complete your lines before the reel ran out. All of this contributed to efficiency in using film stock. It also made for a bit more of a challenge to “keep your place” in the film. Since individual lines of a scene might be shot stand-alone over several days, and out of sequence, the actor’s task was to keep getting into the context of where in the scene and the film this shot/line was going to appear.

Like any film, we had our unexpected production challenges as well. In our case, we ran into a problem with the heating, so much of the shoot was unheated. Since this was winter in northern MA so it got pretty cold. Our characters wore light clothing, so shooting got pretty interesting. But every shoot has its unique tales behind the production, and this became one of ours. But actors, and everyone on a film team, need the spirit to cheerfully tackle all challenges, including physical adversity, and we did.

I’ve also noticed remarks about the sets. From what I saw, I would say that in-person the set design often conveyed a utilitarian, minimalist feel. I don’t know yet what the total on-screen effect of them will be.

I hope this peek behind the scenes will be of interest to those looking to learn more about this film.