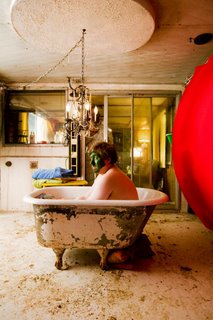 Producer Jake Abraham, well known to Filmmaker readers on account of his long tenure at InDigEnt Films, is a producer of Kirt Gunn’s festival charmer Lovely By Surprise. He’s taking the film out in a DIY-sort of way, and I’m going to spoil the closer of the article he’s just written for us over at Web Exclusives by reprinting it here:

Our release date is today, July 7th. It feels different than opening days in the past. No premiere party, no box office reports. The effects of our plan will begin to appear over the next few weeks as we see how well the promotion has worked. Yet, our job is far from over. We will continue to actively promote the film for at least the next six months, far longer than I’ve ever worked on a film when it was being marketed through a traditional distributor.

Check out Abraham’s 2,000-word-plus piece, in which he describes the film’s online marketing initiatives, its theatrical strategy, and the necessity of making your video deals early and working with capable video distributors. (In fact, I know a couple of high-profile films that could have fruitfully taken the advice Abraham offers here). Along with Jon Reiss’s recent pieces for us, it is must reading for those contemplating similar ventures. And, of course, check out the film, which is available today from multiple platforms. Filmmaker‘s Nick Dawson writes of it, “Lovely By Surprise is a playful and profound literary confection — a brilliantly original debut by Kirt Gunn, one of the most exciting prospects working in American indie cinema.”