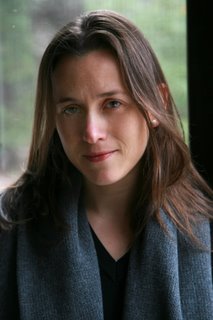 In “A Filmmaker’s Glamorous Life,” online and in our latest print edition, Esther Robinson surveyed a number of filmmakers about the jobs they’ve taken to support themselves when they are not making films. In this blog series we’ll run the unedited responses we received that were then condensed for the piece. Below: Natalia Almada.

Almada: I was very lucky with El General because I was able to support myself with funding for the film for the most part of the production. It was only in the very beginning that I took an editing job for about six months — editing someone else’s feature doc.

Almada: Good — I love editing. The director was a pleasure to work with. The pay was good. Bad – it was all consuming for six months so didn’t leave me any energy or time for my film.

Almada: I really love editing as I think it makes me a better filmmaker and it is creative. (I’ve only edited docs so that’s the kind of editing I’m referring to)

Almada: It was creative. The other thing which seems to be a really good gig is doing the academic artist lecture tours… These seem to pay well, they’re really rewarding in terms of the feedback and energy from students, they don’t take up all your time, they’re flexible… I just need to figure out how to do more of them. Say, if I could do about 12-15 a year it would be perfect.Teaching isn’t a bad option either. I’ve done that a little. But it ties you down to a place which can be hard. It is also pretty tough getting a teaching job in NYC.

Filmmaker: What was the worst?

Almada: My fear is having to wait tables again as I did through school. Or make corporate videos.

Almada: Waiting tables would make me feel like I failed. Corporate videos break my heart. I can’t stand taking something that I really love, making films, and using it to make something with no aesthetic integrity and no real value (in my opinion).

Filmmaker: What would you look for in a second job going forward and why….

Almada: I’ve been looking into the academic visiting artist tours as an option and also into an adjunct teaching position. I also met one of the people from non-fiction unlimited They represent documentary directors to produce commercials. This seems like it would be a really good job to make money quickly and be doing something creative. [I’d look for jobs that were] creative; not all consuming – time and energy; good pay (to be efficient with time); rewarding — to make me a better filmmaker or to share with others; flexible.

Natalia Almada’s directing credits include All Water Has a Perfect Memory, an experimental short film that received international recognition; Al Otro Lado, her award winning debut feature documentary about immigration, drug trafficking and corrido music; and her most recent film, EL GENERAL is a family memoir and portrait of Mexico past and present. Almada’s work has screened at The Sundance Film Festival, The Museum of Modern Art, The Guggenheim Museum, The Whitney Biennial, INPUT, and at The Flaherty Seminar, as well as at several film festivals around the world, universities, conferences and as television broadcasts including PBS, ARTE, and VPRO. She has received support for her work from numerous foundations including The Creative Capital Foundation, The Tribeca Film Institute, The Sundance Institute Documentary Film Program, PBS and others. Almada is a MacDowell Colony Fellow and a 2008 Guggenheim Fellow. She graduated with a Masters in Fine Arts in photography from the Rhode Island School of Design and shares her time between Mexico City and Brooklyn, New York.