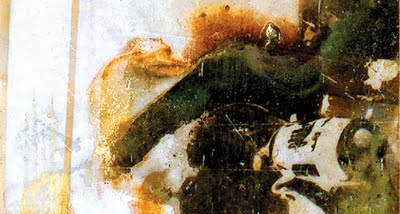 In a personal touch, all the filmmakers whose work was showcased in the sixth and final Wavelengths program were present for their screening. German director Ute Aurand presented a reverie on her childhood and family called Snowing Chestnut Blossoms, while American Jim Jennings, apparently a neighbor of mine in Brooklyn, showed a collection of images in Greenpoint that not only documented the quirky, spunky personality of that environ but also reminded me of two pair of boots in that little shoe repair shop with the orange-awning that are just about ready to be picked up.

Coleen Fitzgibbon’s FM/TRCS (1974) is an archival film that was recently preserved. It is a dancing abstraction of saturated colors created through a process of optical printing and born of the image of a woman undressing. FM/TRCS had taken a long route to the Festival, as had the piece for which the program was named, Flash Camera Movie (pictured above), which was more than eight years in the making. Filmmaker Sebastjan Henrickson took a year’s worth of disposable camera photos in and around his daily haunts and then turned them into individual frames in this carefully wrought and periodically blinding work. Programmer Andréa Picard explained that the city of Toronto also has a personal relationship with Henrickson: “After working on many a Wavelengths film over the years at Niagara Custom Lab, Henrickson presents us with this lovely offering of his own.”

Not all moviemaking requires that type of time commitment, however. The films I found most striking in the 2009 Toronto International Film Festival (along with Werner Herzog’s inspired feature Bad Lieutenant: Port of Call: New Orleans) were two short works by British-born artist Friedl vom Gröller (aka Friedl Kubelka). A remarkable still photographer, Kubelka’s eye for detail and portraiture shines in her 16mm cinema work. Polterabend (Hen Night, pictured below) is a tiny film that she photographed just prior to her wedding. It depicts six women who watch the camera and the audience, and who are watched by us in return. Initially, the group stares together; later they stare in individual blinking portraits.

In her on-stage introduction, Kubelka emphasized the ease with which her films are created — they are shot on 3-minute reels and use only in-camera editing — and encouraged audience members who might be intimidated by filmmaking not to be afraid to pick up a camera. The seeming simplicity of Kubelka’s work is its strength, and Polterabend exhibits a mesmerizing power. It goes beyond the familiar portraiture found in generations of frozen paintings by including subjects’s fidgets and ticks, and proves itself a perfect illustration of moving image medium specificity. 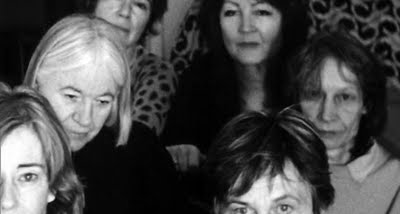 Passage Briare records Kubelka’s flirtatious encounter with a mysterious man; she comes to sit beside him as they are filmed by her camera. Despite the brevity of the piece — again only 3-minutes, the length of a single film magazine — the chemistry between the pair is palpable. The way they gaze at each other and at the camera is lively and enticing. Passage Briare records a tiny playful and intimate interlude that is a joy to behold.