TRUTH AND DOCS AT TRIBECA

by Stewart Nusbaumer
in Festivals & Events, Filmmaking
on Apr 24, 2012

Truth-Telling from Mississippi to Israel to China to Texas

Yes, truth is the essence of documentaries. But whose truth? What truth? In dangerous times, truth is elusive. When pain lingers, truth digs deeper into the obscure. Regardless, sometimes truth must come out. Sometimes there is no choice. Sometimes even fear is no match for truth — such as in Booker’s Place: A Mississippi Story.

In 1965, filmmaker Raymond DeFelitta traveled to Greenwood, Mississippi to shoot a documentary for NBC News on 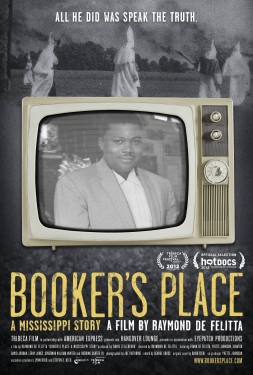 racial tensions in the South. DeFelitta initially planned to capture the conflict from the perspective of Southern whites, yet the highlight of his film turned out to be a brief monologue by an African American.

Booker T. Wright‘s presentation was candid and honest, even poetic, and strongly biting. In articulating the unpleasant truth about a Black American living in racist Mississippi, Booker became a human face for a system of racism that refused to end.

After his words were broadcast nationally, Booker lost his job as a waiter in a white restaurant, was physically assaulted by the local police — landing him in the hospital — and was killed, most likely for his words of truth.

Forty years later, the filmmaker’s son, Frank DeFelitta, returned to Greenwood and with Yvette Johnson, the granddaughter of Booker T. Wright, explored the repercussions of his father’s film. Booker’s Place: A Mississippi Story is an emotional journey into an ugly past and an incisive examination of a courageous African American who was both typical and extraordinary. Gripping and sad, yet exhilarating, Booker’s Place reminds us that progress is possible in America, but that the cost may be high.

Instead of a community’s truth, The Flat explores a family’s truth. Israeli filmmaker Arnon Goldfinger’s grandmother passes away at 98 and her Tel Aviv apartment, which had remained a personal museum to her beloved Germany that she escaped (with her husband) during the Nazi onslaught in the 1930s, is emptied by her family. This is done unsentimentally and without curiosity, until grandson Arnon is stirred by the possessions, questions their meaning, and initiates an investigation.

And a strange adventure begins that reveals a relationship between a high-level Nazi and a Jewish family, uncovering a truth that remained buried for more than seven decades. A “stranger than fiction” documentary, The Flat explores the truth not so much to be set free, but to answer personal questions and understand a family history. And maybe, just maybe, this will chip away some of the family’s numbness from a horrible time. 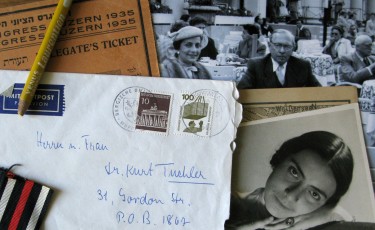 The Flat unfolds into an engrossing story as Germans and Israelis resist the newfound facts while others embrace the reality, progressing under the persistence and steady control of grandson and filmmaker Arnon Goldfinger.

Nervous during last year’s “Arab Spring,” alarmed when a Chinese blogger called for a “Jasmine Spring,” and in the middle of a major leadership transition this year, the Chinese government is not relaxing censorship on the Internet. With nearly 70 Chinese currently in prison for internet “activities,” blogging can be risky in China.

Although both are motivated to report on impoverished Chinese denied a voice in the state media, age gives the two different perspectives on blogging and country. At the end of the film, Zola leaves China. It’s hard to believe Tiger Temple, who suffered during the Cultural Revolution and possesses a noticeable lingering pain, will ever leave. Being more political, he may never have the opportunity.

Neither Zola nor Tiger Temple, however, are true dissidents. Neither is attempting to overthrow the Chinese 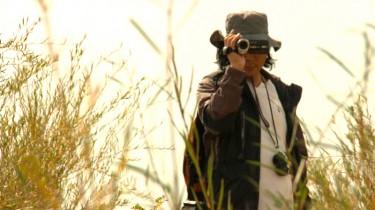 government. As citizen journalists, they report the truth to challenge the status quo, and not to replace the government. Still, when a political system remains tightly controlled, when the inside circle of power refuses to budge except on the economic front and for other elites, it’s impossible to predict what domestic forces may spearhead a challenge to the system.

High Tech, Low Life is an absorbing doc with a unique close-up of two Chinese citizen reporters engaging in the risky business of independent reporting. Filmmaker Stephen Maing, whose background is in fiction film, presents a character study that is smooth yet engaging while revealing an unknown China — a rarity, since Western reportage nearly always reduces China to only an economic machine.

Three documentaries that examine truth-telling in vastly different settings: a Mississippi community still struggling with its racist past, an Israeli family remaining numb in the post-Holocaust era, and the world’s most populated nation where bloggers maintain an insecure space. The truth is contested and obscured, pursued and denied, fought over and completely ignored. For the truth tellers there is great fear, no fear, and self-fear.

African American Booker T. Wright and the two Chinese citizen journalists Zola and Tiger Temple must tell the truth. This is a force stronger than their reason, stronger than concern for their safety. Arnon Goldfinger, the Israeli grandson, questions the musty artifacts and investigates their meaning not so much to tell the truth, but to know his family’s truth. The Revisionaries, however, has a setting that has little interest in the truth, at least for one side. 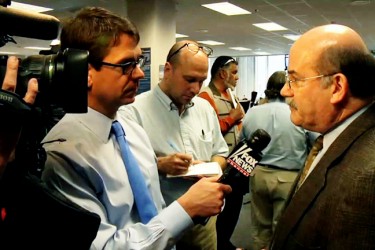 Once every decade, the Texas State Board of Education decides the textbook standards for the 5 million students in the state. Actually, these 15 elected officials decide much more. Since Texas is the largest textbook market, what the Texas Board demands is what nearly half — or possibly as many as 80 percent — American school children will have as textbooks. In a way few of us know, a small group of Texans are shaping the educational curriculum for much of the nation.

Director Scott Thurman presents a highly charged yet balanced view of this “educational” battle that is really a slugfest over Creationism and Evolution. The building blocks to truth, facts, are hard to find in this free-for-all. There is science or religion … the modern process or ancient faith … and no real bridges to connect the two camps. Truth ends up being swamped by politics. A forum for education degenerates into yet another “cultural war.”

The Revisionaries contains no bold statements by a courageous individual, no hidden truths exposed through reason and tenacity, and no risky journeys to give voice to the voiceless. This is not a film that inspires or gives confidence about the human situation. This poignant documentary does, however, remind us who we have become. Our battle for the truth is not always pretty, and never when one side insists all truth comes from only their holy book.