THE ALIEN SEX OF AVATAR 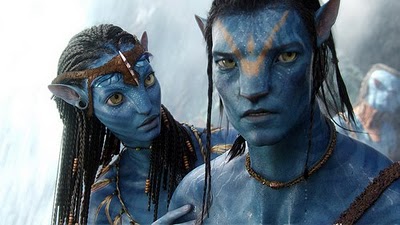 I haven’t seen Avatar yet, and I’m waiting to discover why a film in which not a single clip I’ve seen so far thrills me is going to rock my world. But I love these ten random notes on the film by Anne Billson over at her Multiglom blog. Like this one on technology and alien sex:

James Cameron has developed millions of dollars’ worth of technology in order to deliver the message that technology is bad. Crazy guy! Basically, he’s a techno geek who’s emotionally stuck at adolescence. His idea of alien sex is sloppy kissing! It’s alien sex as envisaged by an adolescent male whose role model is Captain Kirk. I’d like to see the Na’vi having slimy sex like David Bowie in The Man who Fell to Earth. Or tree-huggy sex. Whatever. A wasted opportunity.